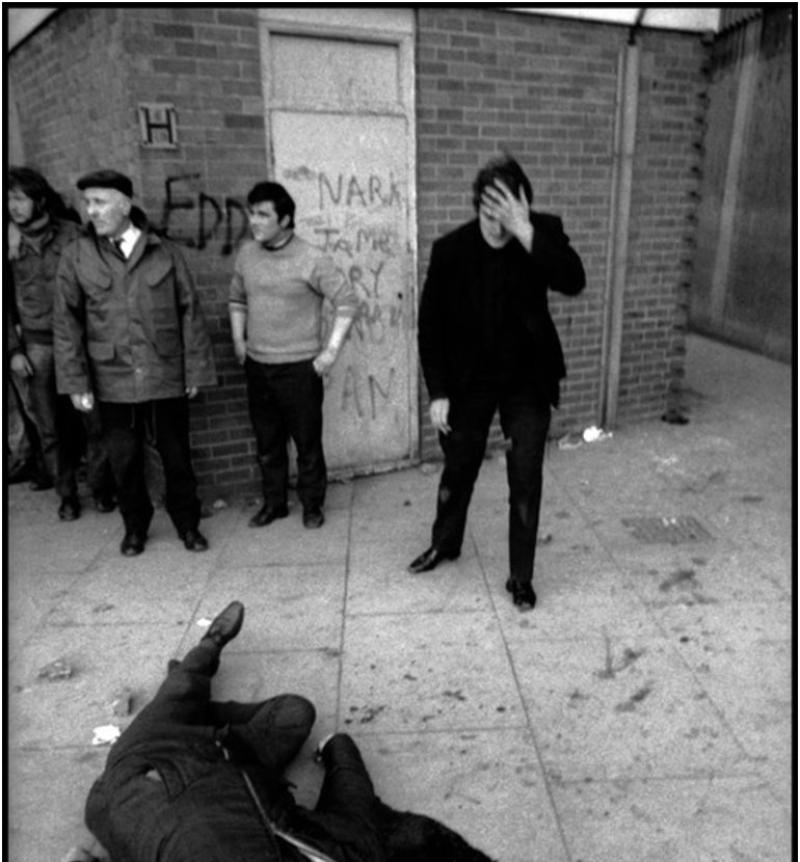 The Ministry of Defence (MoD) has disputed the level of compensation awarded to the family of the last man shot dead on Bloody Sunday and is considering an appeal against the award.

But, the MoD are considering a possible appeal against a ruling that an additional £15,000 should be granted for injury to the 41-year-old father-of-six’s feelings.

Civil actions have been ongoing against the MoD after the Saville Tribunal established the innocence of all those killed and wounded in the Bogside 47 years ago.

With the liability accepted, the court proceedings have been centred on the levels of compensation to the victim’s relatives.

Almost £2 million has already been awarded in settlements over the 1972 killings and injuries.

Barrister for the McGuigan, Brain Fee QC family contended that aggravated damages should be awarded owing to the circumstances of his killing.

Mr McGuigan had emerged from the cover of the Rossville Flats waving a white hankerchief in order to go to the aid of Patrick Doherty. But, he was struck in the head by a bullet as he did so.

"This man emerged from a position of shelter to try and help others, and must have been terrified as he did so," he said.

However, David Ringland QC, representing the Ministry of Defence (MoD), argued that aggravated damages are not recoverable because death was instantaneous.

Ruling on the dispute, Mr Justice McAlinden backed the plaintiff.

"The wrongful actions of the servants or agents of the defendant on the day in question would have filled the deceased with fear and dread, coupled with a strong sense of indignation and hurt at being the innocent victim of a blatant, unprovoked and unjust attack by members of the army," he said.

He also held that the behaviour of the soldiers responsible for the shootings was "imbued with a degree of malevolence and flagrancy which was truly exceptional".

Based on Mr McGuigan being killed instantly, the judge decided his estate is entitled to £15,000 aggravated damages.

At a further hearing on Thursday he was told the MoD is considering whether to appeal that award, and that counsel has provided advice.

Any challenge could impact on similar claims for aggravated damages in outstanding cases brought by the Doherty family and others, the court heard.

Noting the agreement reached between counsel, Mr Justice McAlinden said a formal decree can be made once final authorisation is obtained.

Outside court a lawyer for the Doherty family expressed disappointment at both having their case adjourned and the potential appeal to the aggravated damages award to the McGuigan family.

Fearghal Shiels of Madden & Finucane Solicitors claimed: "It is a trivial amount in the context of the MoD's limitless budget, and their general approach to this litigation is far removed from the efficient manner with which it undertook to approach these proceedings in 2011."