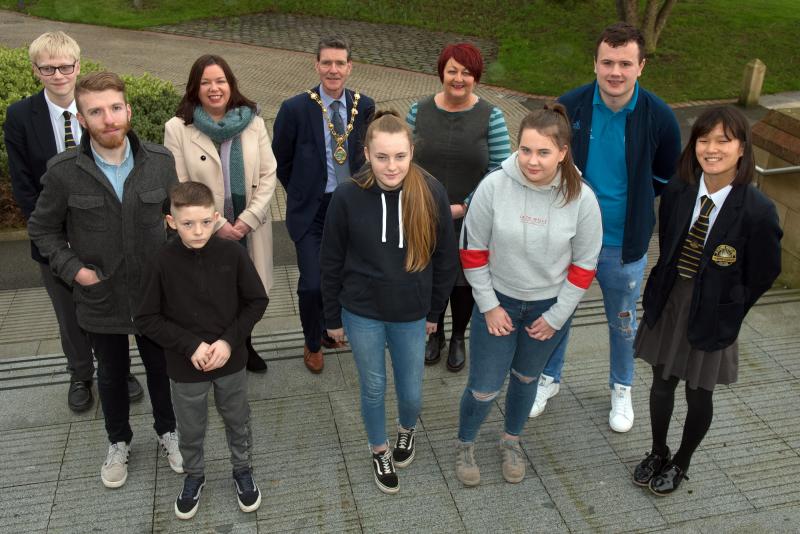 Young people aged 12-24 living in the Derry City and Strabane District Council area have until 5pm on Thursday, April 11 to apply to the ‘Change Something Fund’. The £100k ‘Change Something’ initiative is jointly funded by Council and The National Lottery Community Fund as part of ‘Youth 19’ – a year dedicated to young people in the North West – and is being delivered by the Community Foundation for Northern Ireland's Acorn Fund. Grants of £200-£3000 are available for young people who want to ‘change something’ in their local community. The first round grants totalling £50k (launched in mid-October 2018) have already funded 26 ambitious new projects throughout the City & District – including a cross-community Youth Café, a schools’ recycling initiative and a number of programmes focusing on the health and wellbeing of children and young people. The second open call for grants to the ‘Change Something Fund’ opened on 11 March 2019 – with organisers encouraging, in particular, young people from rural areas of the district to apply. James Douglas, a member of the ‘Change Something Fund’ ‘judging panel which is made up of 12-24 year-olds who decide on which projects to award funding, said: “The Change Something Fund is a great opportunity to make some meaningful change – and for young people to see and fix the issues themselves. “As one of the judges, I’ve really enjoyed the experience – and have seen some amazing projects that will really help the local community and young people in the community. “Indeed, these projects are making real, positive changes to mental health, the environment and community spirit – including relations between younger and older people. “Overall, the Change Something Fund is a great way for young people to make a real difference in their community – and it has been a great experience for all of us involved! “It’s a great chance to do something good for your local community – so I would encourage any young person who wants to make a difference – no matter how big or small it is – to apply for funding in the second round!” To apply for second round grants to the Change Something Fund – which closes at 5pm on Thursday, April 11 – visit youth19.com/change_something For further information and updates on the Change Something Fund visit youth19.com CAPTION: Mayor Councillor John Boyle pictured with representatives from some of the local groups who have already benefited from the ‘Change Something Fund’. From left are, James Douglas, judge, Martin Dunne, Youth Worker and Caolan Edgar, St. Mary's Youth Club, Helen Harley, Community Development Co-ordinator, Derry City and Strabane District Council, Indea Curley, Clooney Residents Association, Amanda Doherty, The National Lottery Community Fund, Mollie Woods and Adam Taylor, Youth Worker, Clooney Residents Association and Magali Wing, judge . Picture Martin McKeown Inpresspics.com.
ADVERTISEMENT - CONTINUE READING BELOW