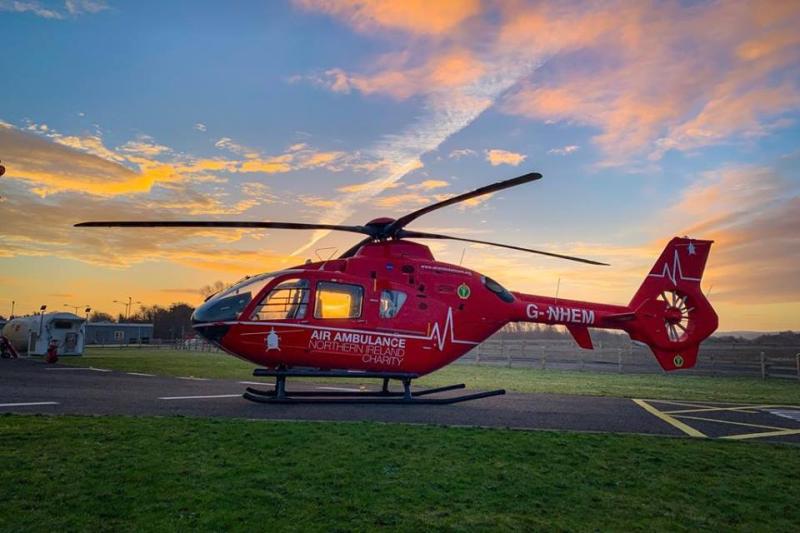 A Derry worker has been hospitalised after sustaining a head injury at the weekend in what the Ambulance Service described as an “industrial incident”. It is understood that emergency services, including an air ambulance, were deployed to a factory in the Temple Road area of Strathfoyle around 3.30pm on Friday. The injured man, aged in his thirties, was then transferred to the Royal Victoria Hospital (RVH) in Belfast in a road ambulance. Further details of the incident were verified by the Northern Ireland Ambulance Service (NIAS) over the weekend. In a statement to the Derry News, a spokesperson for the Ambulance Service said: “NIAS received a 999 call at 15:23 on Friday 5 April following reports of an industrial incident, involving a male patient, at premises on the Temple Road. “NIAS despatched an ambulance officer and an Emergency Crew to the scene. “The Charity Air Ambulance was also tasked to the incident with the HEMS team on board. “Following assessment and initial treatment at the scene, the patient was transferred by ambulance to the RVH in Belfast.” The PSNI also confirmed that its officers attended the scene of an incident in the Temple Road area of the city. “A man, aged in his thirties, was taken to hospital for treatment of a head injury by the Northern Ireland Ambulance Service.” It is believed that an investigation will now be carried out by the Health and Safety Executive which has been informed of the incident by the emergency services. The Health and Safety Executive for Northern Ireland (HSENI) is an executive non-departmental public body sponsored by the Department for the Economy (DfE). HSENI is the lead body responsible for the promotion and enforcement of health and safety at work standards in Northern Ireland.
ADVERTISEMENT - CONTINUE READING BELOW