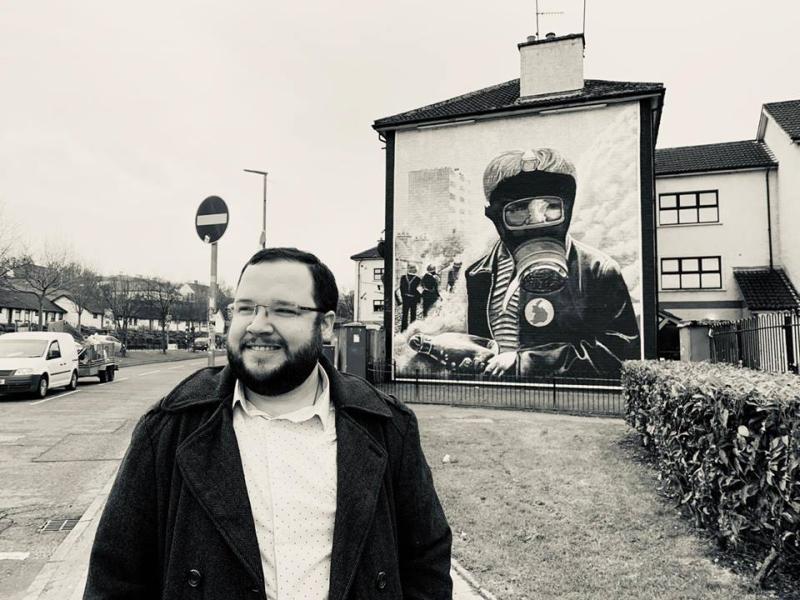 A candidate in the upcoming local elections has hit out at the Council for allowing the city’s Mayors to spend £42k on alcohol whilst welfare reform “cripples” families in Derry. The FOI request was lodged by Independent Nationalist candidate for the Moor, Emmet Doyle, who told the Derry News that it is far past time for Council and Councillors to “stop wasting ratepayers’ money on unnecessary and often frivolous expenses that are of no benefit to the city.” In the past four years, first citizens of Derry City and Strabane District Council have spent almost £42k on alcohol for “receptions and courtesy visits” during their terms. The most spent over the period covered in the FOI request, was £20,805 in 2015/16, the lowest was £5,380 in 2016/17, in 2017/18 a total of £8,183 was spent and to date this year £7,463. The above costs are associated with the many events hosted by the Mayor including Mayoral receptions, Mayoral initiatives and official and courtesy visits. In a statement to the Derry News the Council confirmed there is no fixed budget and “no formal policy regarding the Mayor’s hosting of events for friends or family” as “it hasn’t been deemed necessary to this point”. Food provided at the various events held by all four Mayors cost over £109,000, the lowest being £23,929 in 2015/16, the highest of £29,165 in 2017/18 and the others fell in between. A Council spokesperson stated that the Mayors sitting during that time were, in order, Elisha McCallion of Sinn Féin, DUP councillor Hilary McClintock, Sinn Féin councillor Maolíosa McHugh and current Mayor and SDLP representative, John Boyle. Mr Doyle commented: "It is no secret that our Council doesn't always bear in mind the reason it is in existence when spending ratepayers’ money.  The Mayor's Parlour is fully stocked with alcohol, and thousands of pounds a year are spent hosting 'courtesy visits' and just hosting council meetings. “Since 2015, the Council has spent ratepayers’ money to the tune of £42,000 on alcohol in the Mayors parlour alone.  In excess £109,000 has been spent on food for meetings and courtesy visits to the Mayor. “There is no evidence that any of this benefits the people of this City, many of whom working full-time would not be earning anywhere near that amount in a year.” He added: “It is an absolute disgrace that money which could be used on front line services in the City is being used to make certain people feel important whilst there are some families I have visited who don't know where their next meal is coming from.  I am calling on the council to sell all of the alcohol in the Mayors Parlour at best price immediately, and to instigate a policy whereby food is provided to events run by the Mayor where this is absolutely necessary. “Spending ratepayers’ money in this fashion is completely irresponsible and Council officers as well as those individuals who have held the post of Mayor for the last four years need to ask themselves if they are proud of holding £42k of alcohol whilst welfare reform cripples our communities." ‘Valuable’ A spokesperson for Derry City and Strabane District Council explained that there is a budget in place for the Mayor’s Office, which facilitates the Mayor in hosting and participating in a variety of receptions, events and initiatives as part of his or her role in promoting the Council, the District, its citizens and charitable causes. The Mayor’s role also involves meeting with local residents and groups from within the Council area to gain an insight into the various projects being undertaken and also issues of concern for the community, as well as recognising the impressive achievements of local individuals and groups. Money spent depends on events held throughout each year, and the Council pointed out that former Mayor and MP for the Foyle constituency, Elisha McCallion, was first citizen for an extra two months due to the amalgamation of the councils. The spokesperson continued: “As civic leader the Mayor represents the city at a number of high-profile engagements and welcomes visiting dignitaries, potential investors, and conference and tour organisers from around the world to the Guildhall. This is a valuable civic role, which helps strengthen international relations, enhancing the profile of Derry and Strabane as a warm and welcoming visitor destination. “On average, each Mayor engages with more than 40,000 participants across approximately 800 events in his or her term, and has discretion in providing hospitality that is appropriate to the occasion and participants.”
ADVERTISEMENT - CONTINUE READING BELOW