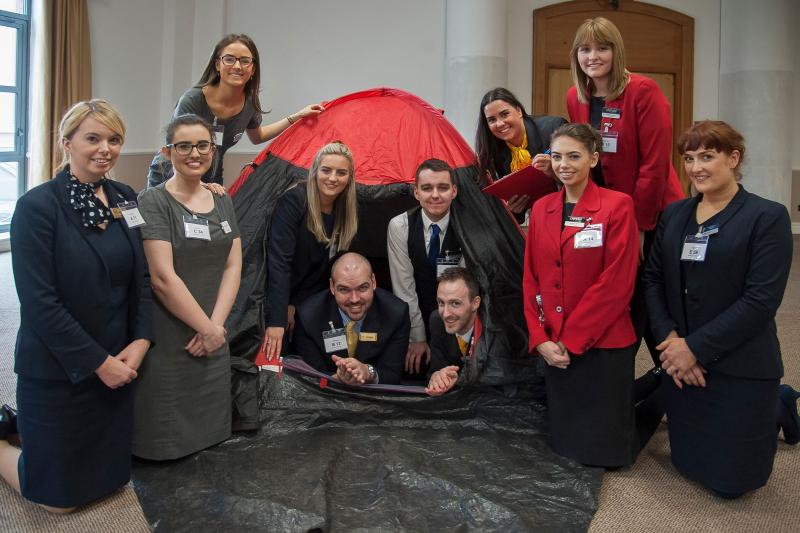 Receptionists from across the North West have 'checked in' for the 2019 Hotel Receptionist of the Year competition. A staggering eighty-eight entries in total were received for the competition, which is organised by the Northern Ireland Hotels Federation (NIHF), and is now in its 15th year.

Receptionists from the North West have a strong track record of success in the competition.

The winner of the team category is determined by a mystery shopping process, while individuals competing for the receptionist of the year titles have to participate in a series of challenges set by Life Adventure company.

Janice Gault, Chief Executive of the NIHF explains what is involved: “All of the receptionists who entered the 2019 awards were asked to attend an assessment day in the Wellington Park Hotel, where they were given a series of tasks to test their interpersonal skills, their ability to cope under pressure and also personal presentation. On the basis of performance, a shortlist of fourteen was created and these receptionists progressed to the final interview stage."

"The 2019 Hotel Receptionist of the Year competition demonstrates the industry’s commitment to people and is one of the highlights of the NIHF calendar.  The standard of entrants has been exceedingly high with many receptionists displaying exceptional people skills, a great understanding of their hotel property and a real passion for tourism. Funders and sponsors are critical to the awards and we're very grateful for the support of Tourism Northern Ireland, Net Affinity, Right Revenue and Insight6."

The winners of the 2019 competition will be announced at a gala evening on May 2 in the Hilton Hotel, Templepatrick. The competition which is organised the Northern Ireland Hotels Federation has run successfully since 2004, growing in popularity year on year.