Lethal drugs found in Derry street where children had been playing 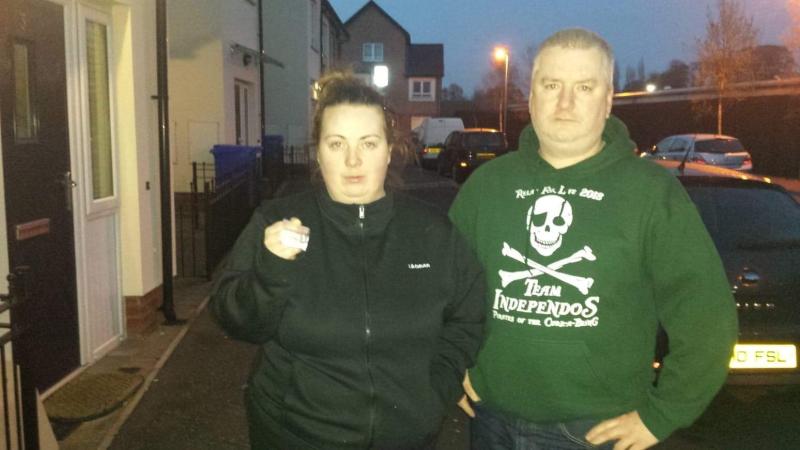 A local councillor has said the community in the Whitehouse area of Derry are “extremely angry” following the discovery of a bag of Xanax tablets. Ballyarnett Independent Councillor, Warren Robinson, said residents of Knockena are fearful of what could happen if young people come across these potentially lethal drugs. He commented: “I was contacted last night after a small zip bag containing Xanax bars was found on the street. This happened in Knockena on the Buncrana Road. “They were found on the street where children play. This is an extremely dangerous substance and the fear is that young children play on this street on a daily basis and one of them could have lifted this bag and consumed its contents and the consequences would have been catastrophic.” The weather was pleasant on Monday and children were playing close to the where the drugs were found. Cllr Robinson added: “Many young people across Derry have already died as a result of taking Xanax, these tablets have caused huge concern among local groups who deal with addiction issues. Just one of these tablets has the potential to kill so finding seven lying on the street has caused concern with the residents of Knockena. “I have been told that these tablets are worth £10 each and I suspect that whoever had these was intent on selling them. I have since taken them to a local chemist and they have assured me that they will be destroyed. “I would ask anyone who finds anything similar to contact myself or other community representatives and we will make sure that they can be disposed of safely. “Unfortunately, people will take these drugs but I would urge them to seek help. These have already killed people and if you take these you really are taking your life in your hands.” Photo: Warren Robinson with local resident Faustina Doherty who found the Xanax bars discarded on the street.
ADVERTISEMENT - CONTINUE READING BELOW