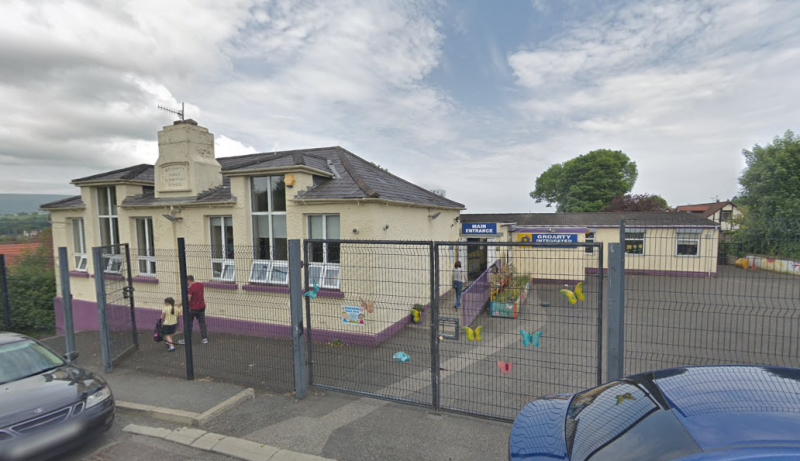 A Derry MLA has invited the permanent secretary at the Department of Education to visit Groarty Integrated P.S. before making any decision on the school’s future. The SDLP’s Mark H. Durkan wrote to education chief Derek Baker urging him to attend a site meeting to witness first-hand the “excellence, ethos and ambience” of the only integrated school on the West Bank of the Foyle. In the letter he says its proposed closure “threatens” integrated education provision in the city. It follows last week’s news that the Education Authority (EA) has commenced a consultation process with a view to closing the Coshquin based school.  The EA cites inadequate pupil numbers and believes other schools in the area can cater for the children’s educational needs. The department of education has not ruled out the possibility that Groarty Integrated Primary School could amalgamate with another local school and says the EA will decide on whether or not to proceed with a wider consultation to explore all options. A departmental spokesperson commented: “No decision has been taken to close Groarty Integrated Primary School.  As managing authority for the school, the Education Authority has initiated consultation on a proposal to close the school targeting those who would be most directly affected by such a decision. “This forms part of a wider statutory process.  Once that period of consultation concludes on 13 June 2019 the Education Authority will determine whether or not to proceed with publication of a Development Proposal (DP).” She added: “If a DP is published this will trigger a further two month period of wider public consultation when expressions of support or opposition may be submitted to the Department.  Officials within the Department will then collate all pertinent evidence to inform a final decision. “In the absence of an Education Minister DP decisions are currently being taken by the Department’s Permanent Secretary during a defined period when he has the necessary legal authority to do so, and in each case subject to a public interest test.” ‘Additional needs’ SDLP Foyleside candidate Lilian Seenoi-Barr, visited the school last week with party colleague, Mr Durkan, and has voiced concerns over its potential closure. Mrs Seenoi Barr commented: “My concerns are that EA have made no apparent plans to relocate these children, the onus instead has fallen upon the parents.” “The priority of Groarty Primary and it’s amazing staff has always been to meet the needs of the children - there are no other primary schools locally who can meet the additional educational needs of many of these children - Ardnashee for example are no longer accepting mildly autistic pupils. “Our schools are struggling as it is under the immense pressures of cuts; and will undoubtedly be unable to provide the additional support that many of the pupils from Groarty Primary require.” The EA previously refused a shared campus application from Groarty P.S. and Gaelscoil Na Daróige stating that it feared the proposed joint school might present sustainability issues in future. Independent Councillors, Darren O’Reilly, Sean Carr and Warren Robinson held a meeting with school principal, Tina Keys, on Friday, and they believe the possibility of a shared campus should be revisited. Cllr O’Reilly expressed “grave concerns” about taking the school out of the community when there is going to be 3,000 homes built in the vicinity in the coming years. “This school works particularly with children from an integrated background and young people with challenging needs so it is an asset that needs to be kept. “We would back calls from professionals in this field who say integrated education is needed.  We hope the option of a joint campus with Gaelscoil na Daróige can be re-explored and successful.” Cllr Carr added: “We’ve been inundated with messages from parents about the issue.  This has already been passed through council and the previous application has cross-party support. “We would like to see people from different political parties coming forward and pledging their support for Groarty P.S. to make sure that this has cross-community support and we save a school which has been here for 150 years.” ‘Significant demand’ Meanwhile a spokesperson the Northern Ireland Council for Integrated Education (NICIE) said there is an appetite for integrated education in Derry, evidenced by a recent study carried out by NICIE, and they will aim to meet the demand. “NICIE is aware that there is a significant level of parental demand for integrated primary education in the Derry/Londonderry City side.” “Last summer NICIE carried out a short exercise over just 2 days, nearly 200 people filled out expression of interest forms for integrated primary provision. We also have two very successful schools in the Waterside Oakgrove Integrated Primary and Oakgrove Integrated College.” She added: “Integrated education continues to grow all over Northern Ireland with an increase of nearly 1500 places over the last three years across Northern Ireland through the existing schools and three successful transformations of schools to controlled integrated status.  NICIE will continue to respond to parental demand for integrated provision in any area.”
ADVERTISEMENT - CONTINUE READING BELOW