Operation Motorman: 'It's never too late for justice' says family of Daniel Hegarty 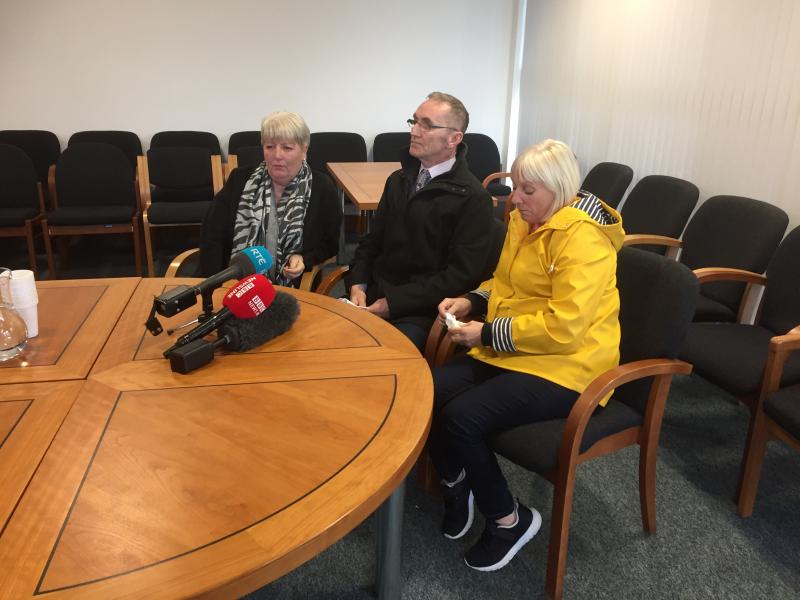 The family of a teenager shot dead by a British soldier in Derry almost 50 years ago have welcomed a decision by the Public Prosecution Service (PPS) to prosecute him for murder. Daniel Hegarty was 15-years-old when he was shot dead yards from his home on July 31, 1972. His cousin, 17-year-old Christopher Hegarty was also shot by the same soldier during the incident but survived. The man known as Soldier B, will face a charge of wounding with intent in relation to this shooting. The killing of Daniel Hegarty took place during Operation Motorman which was designed to break up the ‘no go’ areas in nationalist parts of Derry and other areas of the north. Another teenager, 19-year-old IRA member Seamus Bradley was also killed in heavily disputed circumstances in the Creggan estate in the early hours of the morning in question. The decision by the PPS reverses three previous decisions not to prosecute the soldier responsible for the killing of Daniel Hegarty. The Hegarty family said they had only learned of the PPS decision to prosecute today. And at a short press conference at the PPS offices in Derry, Daniel Hegarty’s brother-in-law Hugh Brady read out a statement on behalf of the family which said: “We welcome the decision of the Public Prosecution Service to prosecute the individual currently known as Soldier B. “This has been a long journey. We have lost our parents along the way and recently, our sister Philomena. “Daniel was a 15-year-old child, full of life, shot twice in the head at close range and left for dead by Soldier B during what has been called Operation Motorman. “We understand that the criminal process must now be allowed to take its own course. We will respect that in the same way we have respected the legal process that has brought us to this day. “We offer our support to other families seeking justice-stick with it. Difficult as it is, engage with your solicitor and follow the legal route in a patient and dignified way in the memory of the loved one you seek justice for. What is the alternative? No system of justice is perfect. “We urge anyone fighting for justice to never give up. Even during those dark days. “We know that further patience and resilience is going to be required moving forward. But, we are here now for Daniel, our mother and father and our sister Philomena. “We wish Soldier B no ill. We have not and do not seek revenge or retribution. We just want the criminal process to begin. “We have waited long enough for this day of justice for Daniel. We know from the support of others that it is never too late for justice not only being seen to be done, but seeing to be believed. “We remember Daniel today and his short time on this earth.” CAPTION: From the left Margaret Brady, sister of Daniel Hegarty, Hugh Brady Daniel's brother-in-law and Kathleen Hegarty another sister of Daniel.
ADVERTISEMENT - CONTINUE READING BELOW