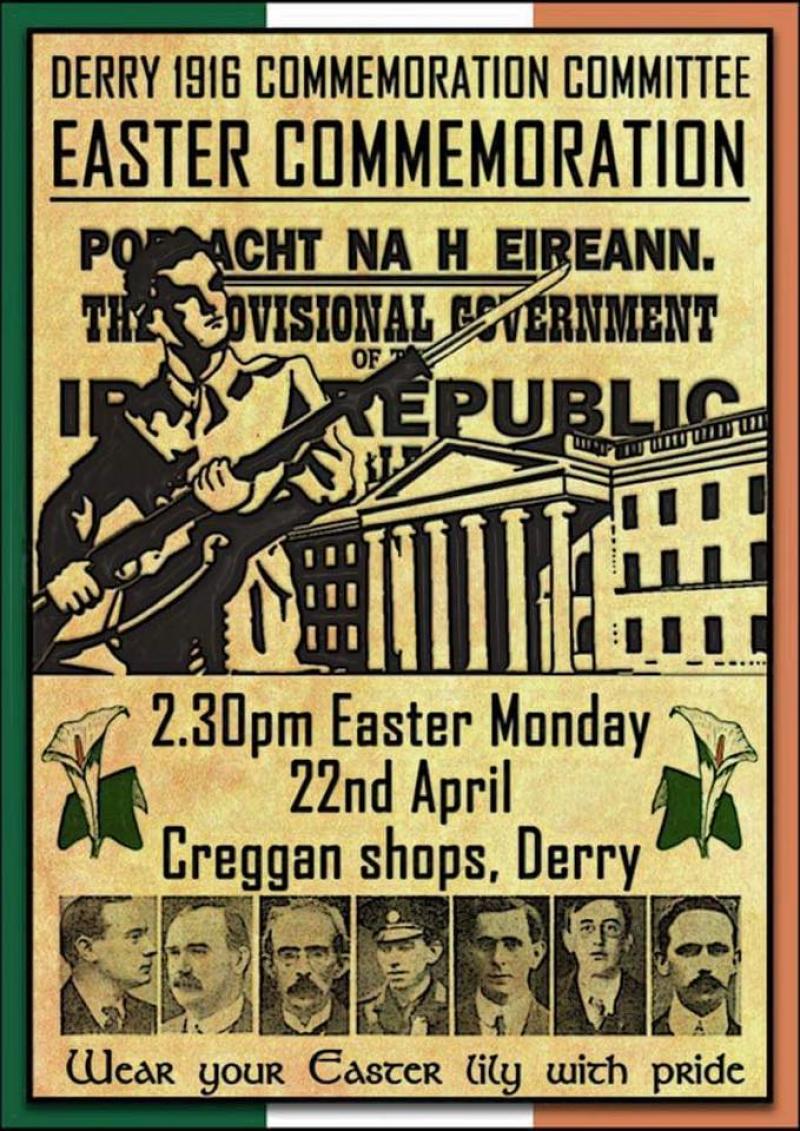 Republican party Saoradh have released a statement saying that any violence that possibly may arise from an Easter commemoration parade in Creggan next Monday, April 22 will be the fault of “British Crown Forces” if they “saturate” the area. The Derry branch of Saoradh based at Junior McDaid House in the city centre, said they released the statement on behalf of the Derry 1916 Commemoration Committee. The statement says: “The Derry 1916 Commemoration Committee are calling on the support of the Republican family for our annual Easter Monday Commemoration. “Lately we have been delivered certain ultimatums regarding our Commemoration; we reject these totally. “Republicans have always honoured the patriots of 1916 along with every patriot who has fallen since. We want a dignified procession and we call on community leaders to ensure that British Crown Forces exercise common sense. “This is a Republican Commemoration in the middle of Creggan, a community that has stood tall throughout this ongoing struggle, a community that has earned the respect of Irish Republicans the world over. If British Crown Forces saturate and hem in this community with armoured jeeps and armed British terrorists then the blame for any acts of resistance rests with them alone. “The Republican community will defend the people and defend the people’s right to march in an honourable and dignified manner to commemorate our Republican dead. “Signed Derry 1916 Commemoration Committee. “Tiocfadh ar la!” The march is scheduled to begin next Monday at 2.30pm at Central Drive in Creggan.
ADVERTISEMENT - CONTINUE READING BELOW