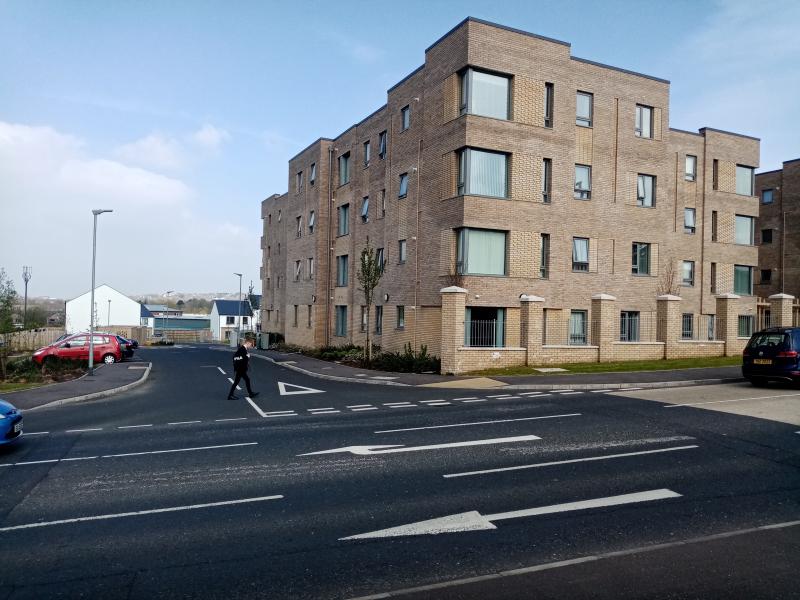 An investigation has been launched into the anti-social behaviour of a number of tenants at the Balliniska housing estate in Derry. It follows a number of unsavoury criminal incidents and ongoing anti-social behaviour by a “small number of tenants” living at the Northland Road housing estate. Various court cases have appeared in the Derry News detailing arrests at Balliniska Heights for assaults and drugs offences in recent months. The latest was linked to an incident where a man allegedly raped and attempted to kill a woman. The victim was discovered on the Northland Road with serious injuries and a court case is underway. Yesterday, in a statement to the Derry News, Clanmil Housing Association confirmed that complaints have been made which are currently being investigated. Residents of Balliniska Heights and Balliniska Avenue are said to be “angry and frightened” by the continuous criminal behaviour. And it is understood that taxi drivers have at times refused to collect fares due to unsavoury elements known to frequent the area. Local residents have brought the issues to the attention of Independent Councillors Darren O’Reilly, Sean Carr and Warren Robinson, who have been in discussions with them and the Housing Association responsible for the site, Clanmil, in efforts to find a resolution. Cllr O’Reilly said: “There will hopefully be dialogue now between residents and Clanmil which we hope will go a long towards sorting out the issues that are affecting people in the estate. “People are happy with the houses they have but some of the issues are creating difficulty and disharmony within the community. “There has been a persistent negative image of the estate and hopefully through this process of dialogue between Clanmil and residents, it will go a long way towards helping them.” The social housing site with 76 homes welcomed its first tenants in April of last year. They were constructed by the Clanmil Housing Group at the Northland Road, comprising of 37 two-bed apartments, 10 three-bed houses and four two-bedroom houses. The development, adjacent to the First Source call centre, also includes 15 one-bedroom apartments and 10 two-bed apartments for the ‘active elderly’. A spokesperson for Clanmil explained that it is “working hard” with tenants and relevant agencies to ensure that Ballinaska is a “good place to live.” She added: “There have been complaints about a small number of tenants and an investigation is ongoing. “Where there is evidence, we take robust action against any tenant who breaches their tenancy agreement. “We would encourage anyone with information that would assist our investigation to contact us and, where appropriate, the PSNI.”
ADVERTISEMENT - CONTINUE READING BELOW