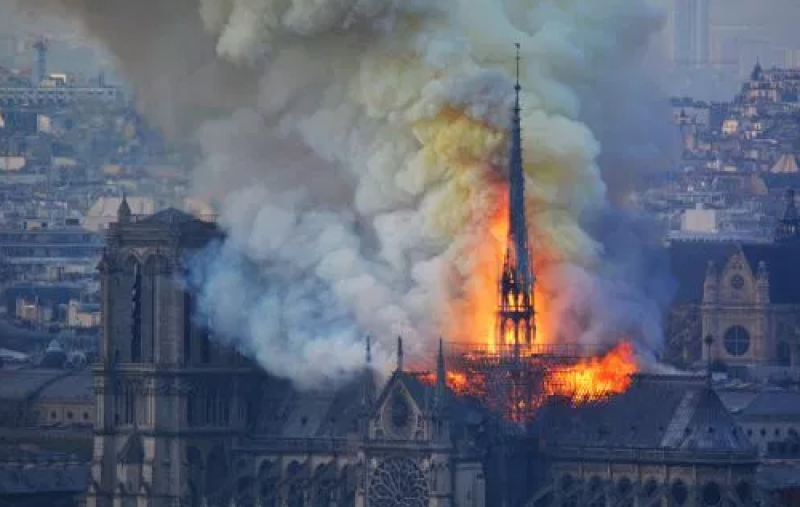 The victims of the Grenfell Tower disaster two years ago "must be kicking themselves" they never thought to install stained glass windows in their flats, People Before Profit candidate in next month's local government election, Eamonn McCann, has said. He was speaking after a fund set up to rebuild the fire-ravaged Notre Dame Cathedral in Paris reached £870 million as a result of donations from billionaires, corporations and ordinary citizens.   Mr McCann added: "Survivors mourning for their friends and neighbours can only wonder at the vast generosity towards Notre Dame when compared to the grudging response to the tragedy which saw 72 people perish in an avoidable inferno.   "Close on a billion pounds has been donated for the refurbishment of Notre Dame. But many Grenfell Tower residents still don’t have a home to go to.   "The Grenfell families were all from the working class. And some were the wrong colour. Once the smoke had cleared, their lives didn’t matter much.   The blaze at Notre Dame appears to have been accidental. But the Grenfell tragedy was not only forseeable but had been foreseen. Residents had complained about the fire hazard to Kensington council - to no effect.   "The flats had been built on the cheap and then wrapped around with killer material.   "The cathedral of Notre Dame is a cultural treasure. Dismay at its destruction was inevitable and understandable. The impulse to restore it to its former glory is right and proper.     "But there’s a question of priorities here which has largely been lost sight of.     "Theresa May took to Twitter to 'underline our solidarity with France and her people.'  But she hasn’t shown much solidarity with the people of Grenfell Tower.   "Her pledge to the Grenfell families that they would all be housed in suitable accommodation within three months has simply been forgotten" Mr McCann concluded: "Of course, she didn’t mean it in the first place. Just as the super-rich who coughed up a billion in no time at all for Notre Dame all kept their hands in their pockets when it came to the people of Grenfell."
ADVERTISEMENT - CONTINUE READING BELOW