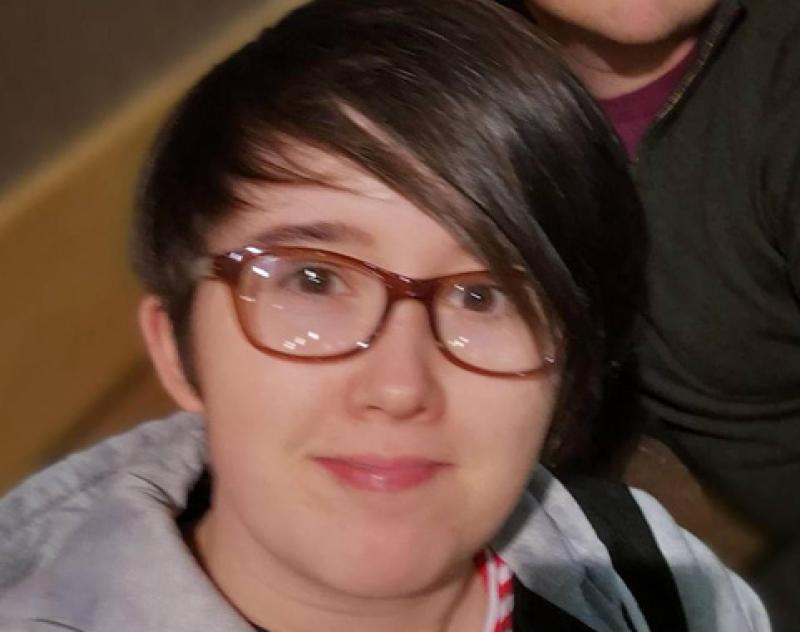 Republican group Saoradh has released a statement claiming that a 'Republican Volunteer' was attempting to 'defend people' from the 'PSNI/RUC' when a young female journalist was murdered in Derry last night. Lyra McKee (29) died after being struck by a bullet fired by a gunman towards police in the Fanad Drive area of Creggan estate around 11pm in the midst of rioting following police raids in Mulroy Gardens. The PSNI have launched a murder investigation and say they are treating the incident as a "terrorist incident." Saoradh have consistently denied being the political wing of the armed republican group the 'New IRA.' A statement released a short while ago justifying what it called "resistance from the youth of Creggan" said : "Last night, in the latest in a series of attacks, heavily armed Crown Forces were sent into Creggan to attack Republicans in advance of upcoming Easter Rising Commemorations. The purpose of this incursion has been confirmed this morning by PSNI/RUC Commander Mark Hamilton. As per usual, nothing was found and this incursion was utterly futile and pointless. "The Crown Forces have waged a campaign of oppression in Republican Derry, and the community has endured ongoing State Violence in the area, with deafening silence from the political establishment representatives in the area. Saoradh has not shied away from highlighting this, including attacks on our members. In doing so we have continually gave our analysis that this oppression would inevitably be met with resistance, as has historically been the case. "The inevitable reaction to such an incursion was resistance from the youth of Creggan. The blame for last night lies squarely at the feet of the British Crown Forces, who sought to grab headlines and engineered confrontation with the community. "During this attack on the community, a Republican Volunteer attempted to defend people from the PSNI/RUC. Tragically a young journalist covering the events, Lyra McKee, was killed accidentally while standing behind armed Crown Force personnel and armoured vehicles. "This outcome is heartbreaking and we extend our sincerest sympathy to the family, friends and loved ones of the deceased.” CAPTION: Journalist Lyra McKee who was shot dead by a republican gunman in the Creggan estate in Derry last night (Thursday, April 18).
ADVERTISEMENT - CONTINUE READING BELOW