Derry killing - Mayor tells gunmen to get off people's back 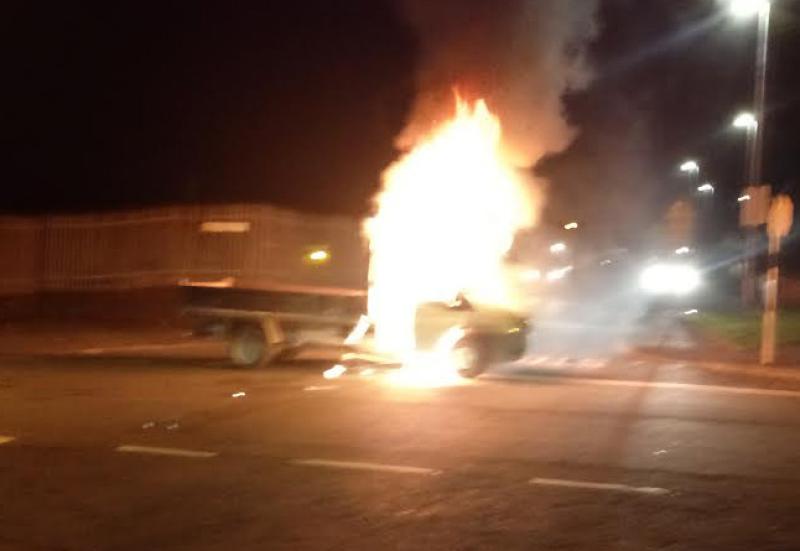 There has been widespread condemnation of last night's shooting dead of a young woman in the Creggan area of Derry. Freelance journalist Lyra McKee (29), from the Ardoyne area of Belfast, was hit in the head after a masked gunman opened fire on police in the Fanad Drive area. Police said they were treating the incident as "terrorist act" and their enquiries were centred around the New IRA. Condemnation has been led by the Mayor of Derry City and Strabane District Councillor John Boyle. He said he was "devastated" for the young woman's family and "disgusted" by those who had carried out the killing. Offering his sympathies to the young woman's family, he said: "They should get of the people's back. They should stop, and stop now." Cllr Boyle appealed to anyone with information to bring it forward to police. Sinn Fein Foyle MLA, Elisha McCallion, said the "indiscriminate shooting into a crowd" was "an absolute disgrace" and an "appalling attack on the entire community." She added: “My first thoughts and that of my party are with the family of the woman killed. This is a senseless loss of life. “The murder of this young woman is a human tragedy for her family, but it is also an attack on all the people of this community, an attack on our peace process and an attack on the Good Friday Agreement. “I unreservedly condemn those responsible for killing this young woman. “We will remain resolute in our opposition to the pointless actions of these people who care nothing for the people of Derry. “We remain united in our determination to building a better and peaceful future for all." SDLP leader, Foyle MLA Colum Eastwood, said: "On behalf of the SDLP, I want to extend our thoughts and prayers to Lyra McKee’s family this morning. They are experiencing the unthinkable loss of their daughter in the most heartbreaking circumstances. “We have all lost an incredible young talent. I had the opportunity to speak with Lyra on a number of occasions as a journalist, as will politicians and leaders from all parties and communities. She had a passionate thirst for the truth and for telling the stories of people who had been forgotten or abandoned. “Her character and values stand in stark contrast to the cowards who fired indiscriminately at police officers in Derry last night and have murdered a young woman who had so much to contribute to shaping our society and bringing people together. “This news, coming on Good Friday, is a dark reminder to us all that our peace is fragile and that we must protect it everyday from those who want to shatter the progress that we have made. Those responsible for this heinous crime need to be faced down, they need to be made to realise that their fight is not with the PSNI or with young journalists doing their job. Their fight is with all of us, the people of Ireland. And it is a fight that they will never win. “Today our thoughts are with Lyra’s family and friends. We should all remember her passion, humour and thirst for justice." Sinn Fein vice-president, Michelle O'Neill, who is due to visit Derry this weekend to speak at the Easter Sunday commemoration, said those "should listen to the people, they should disband immediately and end their pointless actions against the community which tonight has tragically claimed the life of a young woman. “I have spoken with the PSNI Chief Constable George Hamilton tonight. “I am appealing for calm and I urge anyone with any information about this killing to bring it forward immediately to the police and assist their inquiries.”
ADVERTISEMENT - CONTINUE READING BELOW