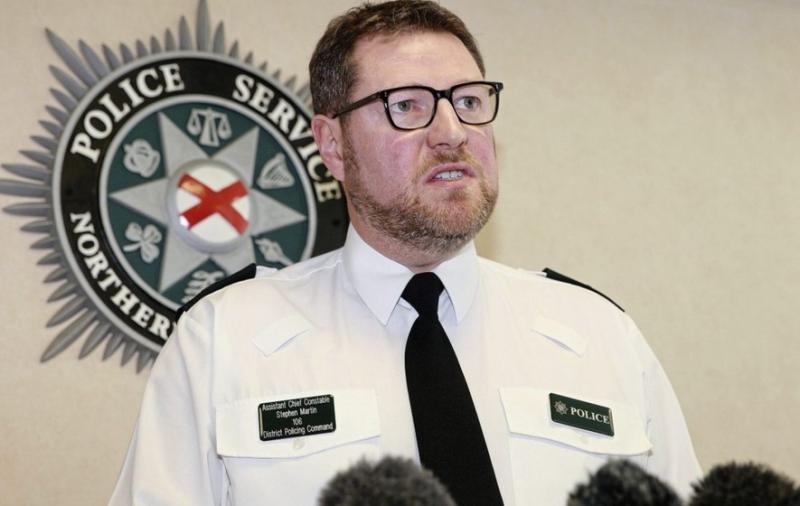 PSNI Deputy Chief Constable Stephen Martin has described the murder of journalist Lyra McKee in Derry on Thursday night as a "dark day." Speaking to media at the city's Guildhall, Mr Martin said: “First and foremost, I want to say that I share the thoughts of everyone who has expressed their sympathy to the family and loved ones of Lyra McKee – a young woman, aged just 29 whose life was taken in such an indiscriminate and senseless way last night in this city. “Lyra’s murder at the hands of a gunman has been met with global condemnation, horror and revulsion. “I should not be standing here today condemning the loss of a young life at the hands of evil people who have nothing to offer. “The gunman and those who share his warped ideology should hang their heads in shame today – they represent no one. “Lyra’s murder has appalled not just people across this city, but people around the world and there has been a global wave of shock and sympathy from her colleagues in journalism, politicians, church and community leaders. “Today is Good Friday and it’s a cruel twist in our history that 21 years ago the majority of people in Northern Ireland signed up to the Belfast/Good Friday Agreement yet here we are today mourning the loss of a talented young woman, a young journalist who was also a daughter, a sister and a partner. “This is a dark day. “There is no doubt that the people behind last night’s violence on the streets of this city, who threw dozens of petrol bombs at officers, who hijacked and set on fire vehicles had one aim – they set out to kill and take the life of a police officer – tragically they took the life of a talented young writer. “We have now launched a murder investigation to find the gunman who murdered Lyra and bring those responsible for the orchestrated violence that has been shown on television screens around the world to justice. “And this is where now, more than ever, we need the public to help us. “I want to make a direct appeal to the people who know who carried out this murder, to the people who know those who goaded young people to put their lives and futures on the line, the people prepared to bring murder and mayhem onto the streets of this city – you need to do the right thing. “You have to help make this madness stop. Please, pick up the phone and make a difference. “As we move into the Easter weekend I would appeal for calm and ask everyone with influence in the community to work together to ensure there are no further acts of violence, the people who have influence I urge you to use it and do what you can – if we want to ensure we never experience another dark night where such a vibrant young life was taken – please do the right thing, and make this violence stop. Tell us what you know.”
ADVERTISEMENT - CONTINUE READING BELOW