Protest: Friends of Lyra McKee tell members of Junior McDaid House 'there is blood on your hands' 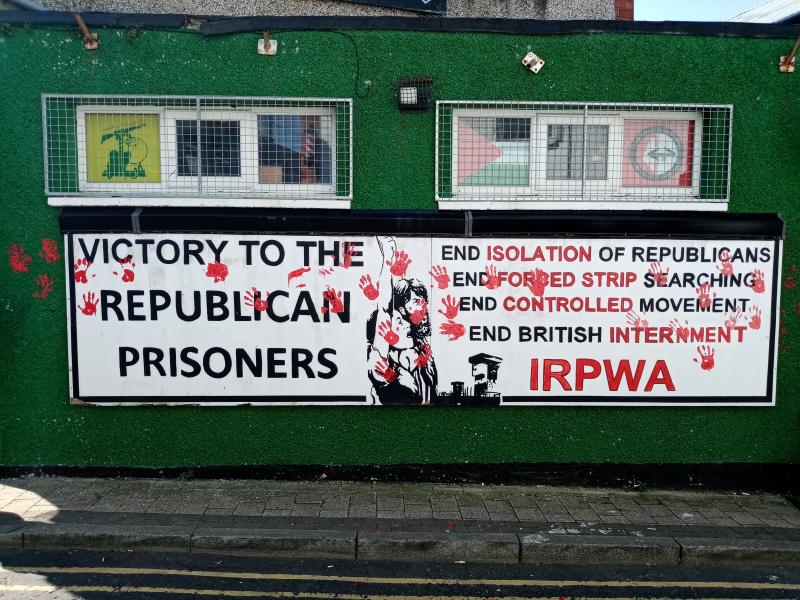 Friends of murdered journalist Lyra McKee have staged a dignified protest outside Junior McDaid House in the city where they told dissident Republicans, "blood is on your hands". Lyra and her partner Sara's friends attended the protest in her memory at 1pm where they placed red hand prints over a sign outside the Chamberlain Street hub of Saoradh, IRPWA and Eístigí. As they addressed the media afterwards members of Junior McDaid House stood outside and glared at them. Speaking to the Derry News this afternoon, close friend of Lyra, Sinead Quinn said: "The original protesters had been talking about painting the building red, but what we did instead was put individual red hand prints on it to show that the blood is on their hands. "It's not the fault of the people of Derry but we know whoever took that gun and put it in someone's hands, that office symbolises everything about the organisation that did that." She said Junior McDaid House is the office of Saoradh who claimed that the killing of Lyra McKee was "accidental". "Saoradh murdered someone," she said, "and they need to own up to that and put the people forward who did it.  But they won't do that, and we know they won't, because the difference between Saoradh and us, is that they stood there cowardly, big hard men who they put to the front of the offices, but we're really strong women." Photo: The sign outside Junior McDaid House with blood red hand prints over it.
ADVERTISEMENT - CONTINUE READING BELOW