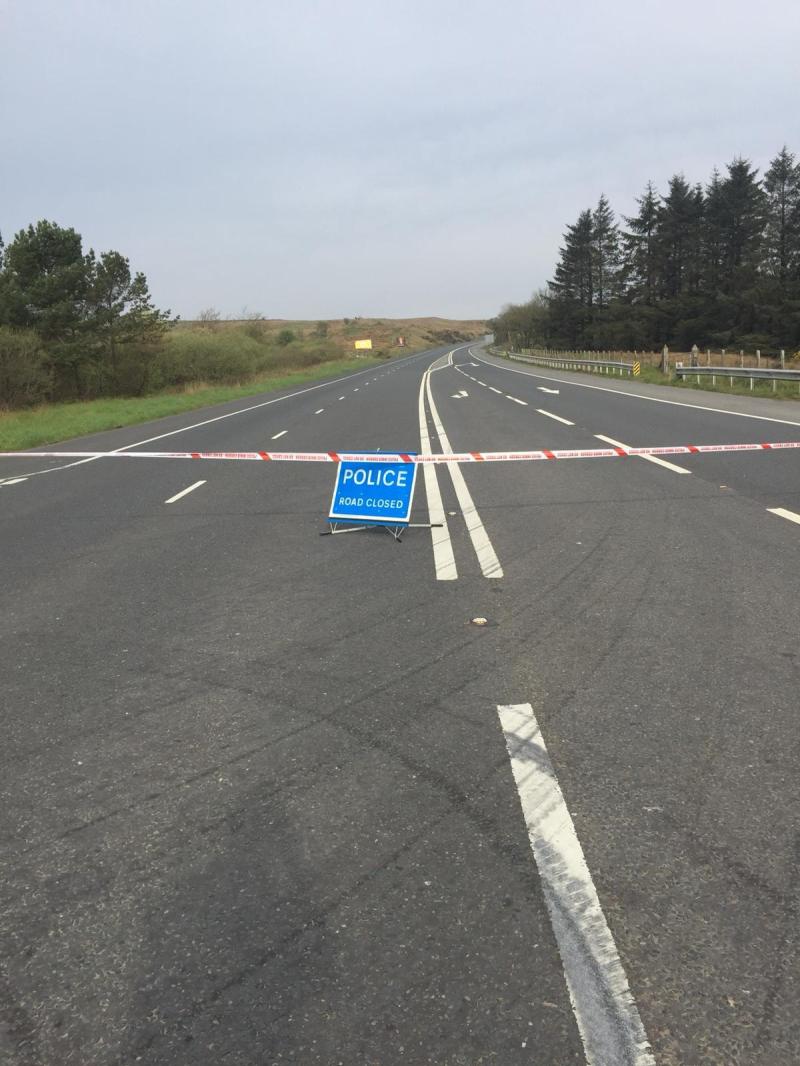 Police have said that the Glenshane Road has re-opened after a single vehicle road collision on Tuesday night in which a man died. A 46-year-old man passed away and two women were seriously injured in the incident that took place close to the Ponderosa bar at around 11.45pm. The Glenshane Road between the Garvagh Road in Dungiven and Tobermore Road in Maghera remained shut for several hours whilst the PSNI examined the scene. The deceased man was travelling in a grey coloured Vauxhall Crossland. Police have appealed for anyone who was travelling on the Glenshane Road last night and who witnessed the collision or anyone who has any mobile phone or dashcam footage of the incident to contact local officers in Limavady or the Collision Investigation Unit on 101 quoting reference 1654 23/04/19. CAPTION: The scene of the fatal road collision on the Glenshane Road last night (Tuesday, April 23).
ADVERTISEMENT - CONTINUE READING BELOW