Sad farewell being bid to Lyra McKee at her funeral 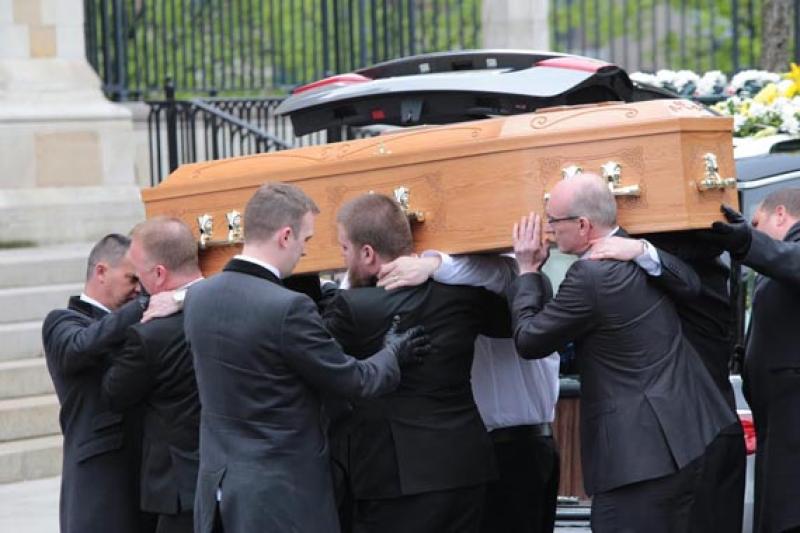 The funeral service of Lyra McKee, the 29-years-old journalist who was shot dead by a masked gunman in Derry's Creggan area on Thursday night last, has got under way in Belfast. President of Ireland Michael D Higgins, Taoiseach Leo Varadkar, British Prime Minister Theresa May and Labour Party leader Jeremy Corbyn are among the hundreds of mourners at the service taking place in St Anne's Cathedral. A vigil is being held in Derry's Guildhall Square to coincide with the service. Among those in attendance is the Primate of All Ireland, Archbishop Eamon Martin. The 29-years-old will be laid to rest afterwards in Carmoney Cemetery. Photo shows Ms McKee's coffin being carried into St Anne's Cathedral for her funeral service. (Photo: Tom Heaney, nwpresspics).
ADVERTISEMENT - CONTINUE READING BELOW