Talks to restore Stormont to start after local elections announced 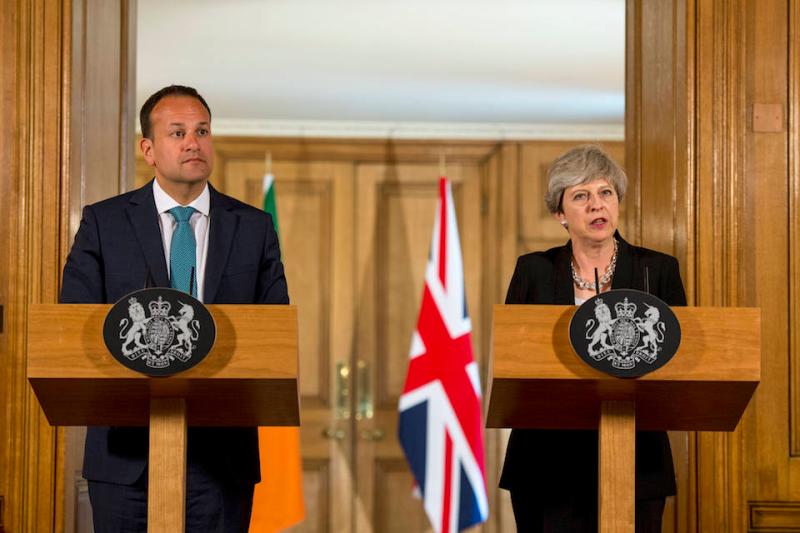 Discussions between Northern Ireland’s political parties aimed at the restoration of devolution will take place at some point after next week’s local elections. A joint statement from Taoiseach Leo Varadkar and Prime Minister Theresa May released this afternoon says that the impetus for the talks came from the murder of journalist Lyra McKee in Derry on April 18. The statement said: “In coming together with other political leaders in St Anne’s Cathedral to pay tribute to Lyra McKee, we gave expression to the clear will and determination of all of the people of these islands to reject violence and to support peace and a better future for everyone in Northern Ireland. “We also heard the unmistakable message to all political leaders that people across Northern Ireland want to see a new momentum for political progress. We agree that what is now needed is actions and not just words from all of us who are in positions of leadership. “We have agreed to establish a new process of political talks, involving all the main political parties in Northern Ireland, together with the UK and Irish Governments, in accordance with the three stranded process. The aim of these talks is quickly to re-establish to full operation the democratic institutions of the Belfast/Good Friday Agreement - the NI Executive, Assembly and North-South Ministerial Council - so that they can effectively serve all of the people for the future.” Tanaiste Simon Coveney and the Secretary of State Karen Bradley have now been tasked with organising the talks process in the wake of the Council election which will take place next Thursday, May 2. The joint governmental statement added: “In addition, we have agreed that there should be a meeting of the British-Irish Intergovernmental Conference during the same period. The Conference will consider East/West relations, security cooperation, and political stability in Northern Ireland. “We understand the complexity of the underlying concerns of all parties, and the need for renewed trust, mutual respect, generosity and new thinking to resolve the issues. “As Prime Minister and Taoiseach, we are determined to work together to ensure this process comes to a successful conclusion. “We will review progress at the end of May.”
ADVERTISEMENT - CONTINUE READING BELOW