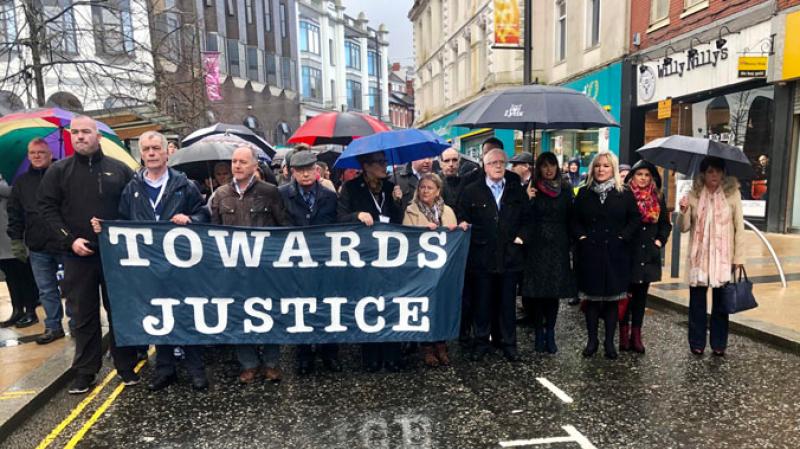 The Ballymurphy Massacre Families will today show their support for the Bloody Sunday families by engaging in a peaceful counter protest against the Soldier F support rally. The said they believed all families who lost loved ones during the conflict deserve "proper, impartial" investigations into their deaths and where there was evidence of criminal acts, prosecutions should be made. A spokesperson said: "No one is above the law and justice must be served. "The fact that these crimes happened nearly 50 years ago is irrelevant. It might have been a long time ago, but the illegal acts of these soldiers is affecting the families to this day. They committed murder and what compounded that was the apparatus of the British State then tarnished the names of many of the victims by labelling them as gun men and gun women. "These former soldiers are being portrayed as poor old men who are being persecuted unfairly and this myth that there is an imbalance in investigations between security force personnel and paramilitaries being peddled by the dark alliance of the DUP and Conservative party is totally false. "Today the focus should be on supporting the rule of law and not subverting the rule of law. "The courts must be allowed to do their job without interference or prejudice."
ADVERTISEMENT - CONTINUE READING BELOW