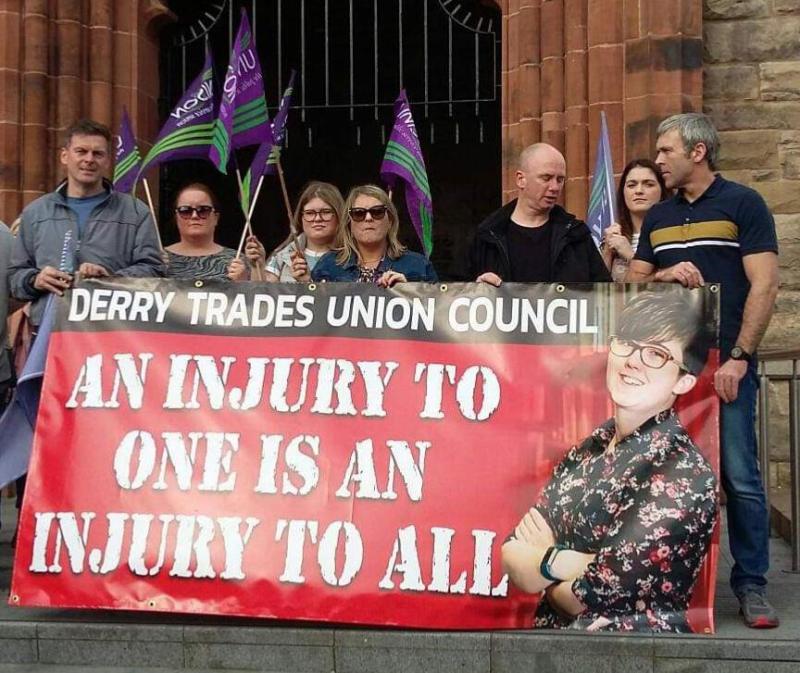 The public has been urged to attend a rally and march organised by the Derry Trades Union Council in the city centre tomorrow. Speakers will address various issues affecting working class people in the city at present. DTUC Chairman, Niall McCarroll said: "Times are hard for working class people from all backgrounds and communities. "Our public services are being ground down through relentless cuts. Welfare reforms have further impoverished many in our communities. We are working harder and longer hours for less pay. Our city is severely lacking in adequate mental health resources."   "This year has seen a marked increase in the number of families needing help with food poverty. From January 1st until the 30th of April this year the Foodbank has seen an increase of 90 families based on the same period last year. "29% of school children in NI are eligible for Free School Meals and 4 out of 5 children who are eligible take up the Free School Meals. There are schools in Derry that have over two thirds of their pupils eligible for Free School Meals. "For our demands to be heard - we need to collectively mobilise. Ordinary people have brought about change when we have marched and protested in large numbers; when we have occupied and sat-in; when we have taken strike action. Power won't make any concessions without struggle." "Join us on May Day - international workers day - to demand dignity, respect and equality for all." May Day March & Rally Derry Waterloo Place, Derry Saturday 4th May 2019 Rally 1.30pm March 2pm Speakers include: Bernie Mullan National Union of Journalists, Kat Healy Action Against Cuts - Migrants Centre, Ruaidhri O'Sandair Northern Ireland Public Sector Alliance, Caroline Kuiper Extinction Rebellion and Niall McCarroll Chairperson Derry Trades Union Council.
ADVERTISEMENT - CONTINUE READING BELOW