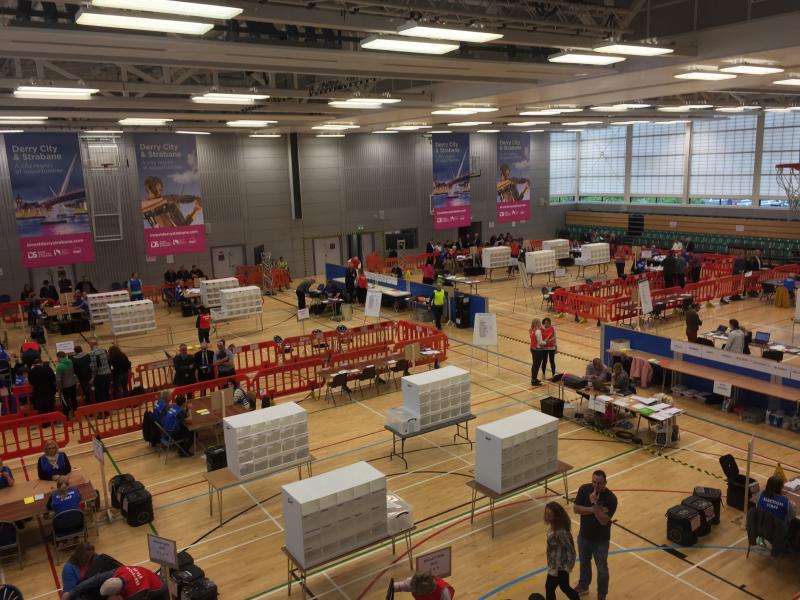 The election count in the Foyleside DEA is now poised to go the wire with Sean Carr (Independent) and Sinn Fein's Eric McGinley set to battle it out for the final berth. Two SDLP seats have already been secured by Mary Durkan and Shauna Cusack and a third taken by People Before Profit's Sean Harkin. After the fifth count, Sinn Fein's Michael Cooper is just 19 votes shy of attaining the 1,208 quota and should claim the fourth of the five seats on offer in Foyleside. Meanwhile, Sean Carr is on 1,038 and Eric McGinley is on 1,020. At one point the gap between both was just two votes. The count staff have now reverted to going back to using Councillor Shauna Cusack's remaining surplus votes in attempt to separate them and award the final political berth.
ADVERTISEMENT - CONTINUE READING BELOW