Council Election 2019: Aontu get first candidate elected in the North 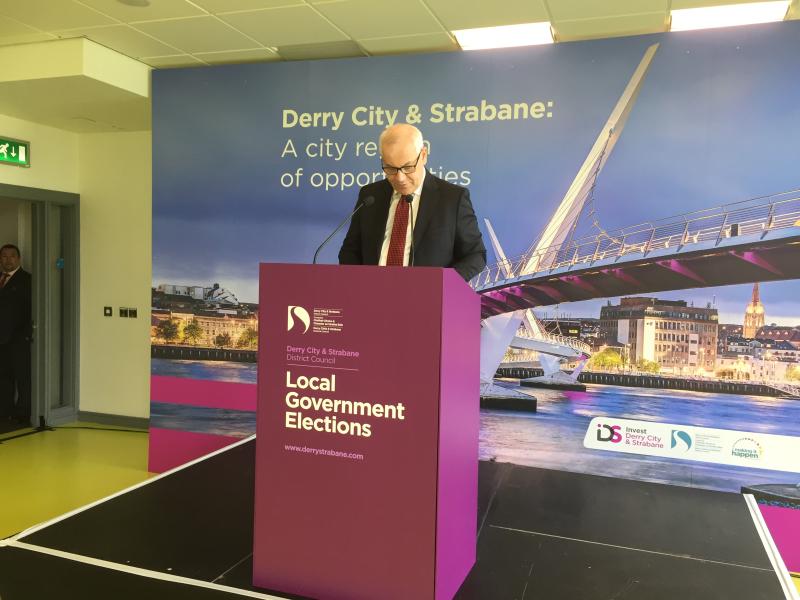 Newly formed republican party Aontu have had a candidate elected in the local authority election in the Derry City and Strabane District Council area. Dr Anne McCloskey was been elected in the Ballyarnett DEA on the sixth count. She is the first Aontu representative to be elected in Northern Ireland. And, Sinn Fein have also achieved their first electoral victories in the city with the election of Sandra Duffy and Aileen Mellon, The SDLP also brought their fifth candidate of the day in Derry with the election of Rory Farrell. The sixth count completed the Ballyarnett DEA election where there was six seats up for grabs. Those elected were Angela Dobbins (SDLP); Brian Tierney (SDLP); Rory Farrell (SDLP); Aileen Mellon (Sinn Fein) and Sandra Duffy (Sinn Fein). Nuala Crilly of People Before Profit also polled highly in this DEA on 1,068. CAPTION: Deputy Returning Officer John Kelpie.
ADVERTISEMENT - CONTINUE READING BELOW