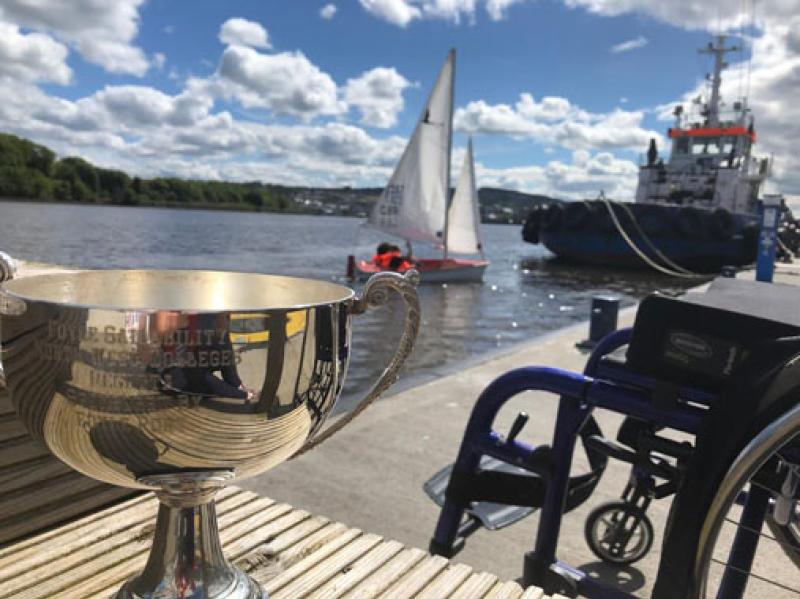 Following the success of last year’s North West Colleges Regatta, delivered by Foyle Sailability and sponsored by Foyle Port, participants have been busy preparing for this year’s race, which will take place at Foyle Marina from 1.00pm tomorrow. The event is considered unique in sailing circles: four colleges, two from either side of the border participating in an inclusive sailing regatta for people with disabilities and additional needs. Ken Curry, secretary of Foyle Sailability, said, “Numbers are up on last year and this is a testament to the success of the event. It is something we hope to grow year on year. "Indeed, the colleges, University of Ulster Magee, Letterkenny Institute of Technology, North West Regional College and National Learning Network Letterkenny have been most supportive of the concept and delivery of this initiative”. Sponsored by Foyle Port for the second year running, Foyle Port CEO, Brian McGrath added, “We at Foyle Port have been supporters of Foyle Sailability for some time now, not only in financial contributions but in support for their initiatives and weekly summer sailing from our marina facility, Foyle Marina, in the heart of the city. It is lovely to see bright, energetic activity on the Foyle, the fact that it is inclusive of everyone makes it even more special”. Final preparations are being laid for the NW Colleges Regatta with heat racing expected to start at 1.00pm from Foyle Marina. Last year, Gary assisted by Barry from Gartan Outdoor Education Centre took home the cup for the National Learning Network (NLN) Letterkenny. Who will lift the cup this year? All supporters and spectators welcome along the quay. <
ADVERTISEMENT - CONTINUE READING BELOW