Lyra McKee: ‘Do the right thing and hand yourself in, it’s least you can do’-says Nicola Corner 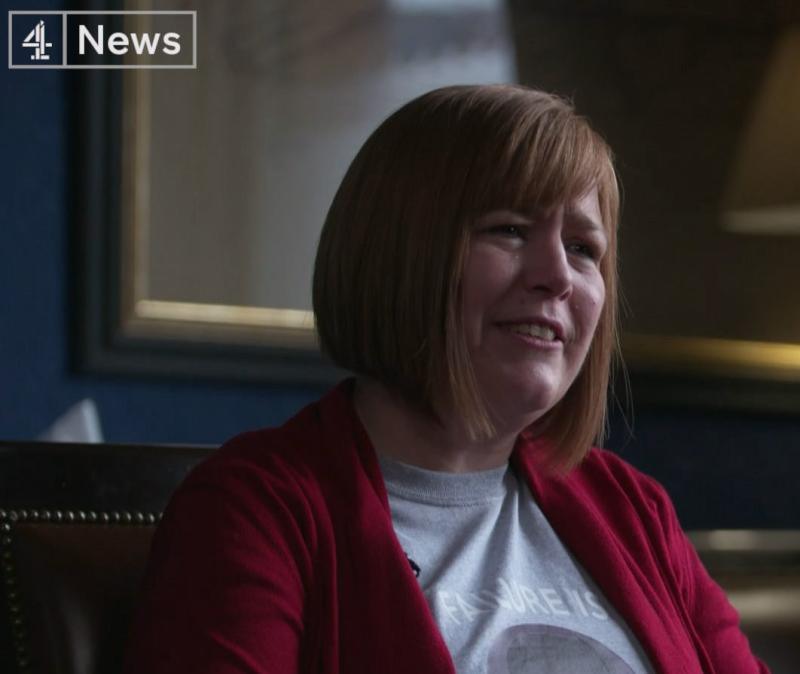 The sister of Lyra McKee has spoken out about the “terrible irony” of her murder because “she would have understood these people-or tried to-and she would have tried to help them.”

Speaking to Channel 4 News, Nicola Corner, described as Lyra’s “second mummy” also spoke of her family’s grief and made a direct appeal to those responsible for her death.

“We were robbed on the night of the 18th of April, my son’s birthday. And, I still keep expecting her to pop in at any moment.

“Just here for five minutes and an hour passes. The other night I was on the phone to my daughter, my mobile phone and the house phone rang and I said ‘oh, I better go that’ll be aunty Lyra because I just still expect her to ring me.

“For me, and for my mum and other members of the family, for us this isn’t real. It doesn’t seem real, we can’t believe that anybody would ever do anything to harm her because we all loved her so much and love her so much,” she said.

The ‘New IRA’ claimed responsibility for Lyra McKee’s killing saying that they were ‘defending their community’ from the PSNI.

Nicola Corner added: “She deserves justice and those people need to really need to think about handing themselves in. They need to do the right thing. None of this will ever bring my sister back to my mum, to me, to my brothers, sisters, nieces and nephews.

“And, as far as I’m concerned that’s the least they can do. Anyone who is helping them or guarding them or protecting them, they need to do the right thing as well.”

It emerged that Lyra would call her older sister Nicola several times a day and the day she was killed in Derry was no different.

“And so, I kind of guessed in a way, even though I spoke to her after that again, in a way, maybe that was her soul’s way of saying goodbye.”

Nicola also spoke about giving a eulogy to Lyra at her funeral in St Anne’s Cathedral.

“When I heard myself faltering I could hear her voice saying ‘come on Nic you can do it for me, do it for me.

“And, when I looked down at her wee coffin, I just took a deep breath, focussed myself again on the script and just promised her that I would do my best.

“Our country definitely needs to move forward, the past needs to be put to bed. Because living in the past, there’s not going to be a future. And, we have to have a brighter future for all those wonderful young people in our society who are coming up. Young people who may also have the potential to make the difference that my sister was trying to make in the world.

“Failure isn’t an option, we have to make Lyra’s legacy not just about the political landscape but about changing society. She didn’t see labels, she didn’t see religion, she didn’t see what political party you were part of because she had friends in them all.

Nicola Corner revealed that it was Lyra’s grandmother that instilled her love of Harry Potter, something which she then passed on to her nieces.

In one of the books that she gave as a Christmas gift to a niece she wrote a letter, dated Christmas Eve, 2016.

Part of that letter said: “These books made my so happy….and remind me that magic is real. We only need to believe in it. You can do or be anything you want. BELIEVE.”

Lyra’s sister continued: “There’s a terrible irony in our Lyra’s murder because she would have understood these people-or tried to-and she would have tried to help them.

Meanwhile, the Bishop of Derry Donal McKeown has added his voice to the call from Nicola Corner for those responsible for the murder of Lyra McKee to hand themselves in.

In the aftermath of the killing Bishop McKeown said: "You cannot claim to love your country and, at the same time, cause death and pain to the people who live here. All those who live here deserve to be treated equally."