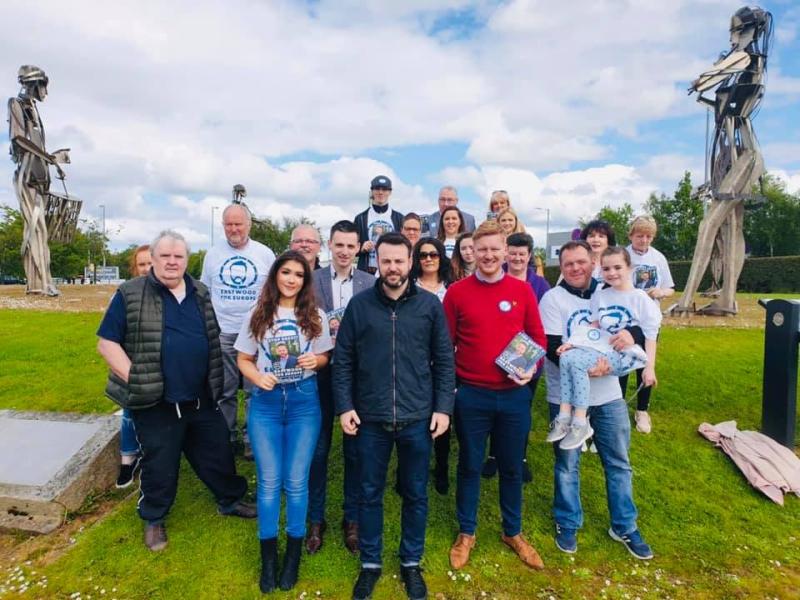 SDLP Leader and European candidate Colum Eastwood has challenged the DUP’s candidate, Diane Dodds, to a debate on the benefits the European Union brings to Northern Ireland.

"As the leading Brexit supporting candidate in this campaign and as a sitting MEP, I am challenging the DUP candidate Diane Dodds to a public debate based on the facts of what Northern Ireland gains from the European Union.

"Mrs Dodds has cast doubt on the central theme of my campaign that we are so much better off as part of the European Union. If this is genuinely her view then I can’t think of a credible reason why she would hesitate to take up my offer of a public debate.

"If the DUP agree, I’m prepared to clear my schedule and to take part in such a debate anywhere across the North and at any time during the course of the next 10 days.

"Over the last few days we have also heard many claims from the DUP that the monies we currently receive from the European Union are merely recycled from the British treasury. The real question is this – can they guarantee that all future British Governments will continue to match the funding levels which the European Union currently provides for our farmers, our businesses and our community and voluntary sector. Until now, it is very telling that this question has been met with a deafening silence.

"After three years of crippling uncertainty, people are wise to the Brexiteer game. They will promise everything and deliver nothing.

"That is why we need to stop Brexit and stay within the security and certainty provided by the European Union."

Meanwhile a poll conducted by the Times newspaper claims that Mr Eastwood is poised to take the third European seat with just under 12 per cent of first preference votes.

Mr Eastwood’s election agent, the SDLP’s Deputy Leader Nicola Mallon said: “The electorate have a choice to make, to vote for an anti Brexit candidate or a pro Brexit candidate. What’s clear for those who want to stop Brexit, is that the SDLP is in the strongest place to do that. This means if people want to stop the Brexiteers they need to vote for Colum Eastwood on the 23rd May. This election is bigger than political parties, it’s bigger than personalities, it’s about sending a message that we here want to remain in the European Union. To do that I’m asking people to lend the SDLP their vote to stop the Brexiteers and to stop Brexit.

“It’s clear already that Sinn Féin’s Martina Anderson is secure - we need to ensure that the second remain seat is secure. To do that, we need people from all political persuasions to lend Colum Eastwood their vote in this election.”

CAPTION:SDLP leader Colum Eastwood on the European Election campaign trail with some of the party's elected representatives and supporters.
ADVERTISEMENT - CONTINUE READING BELOW