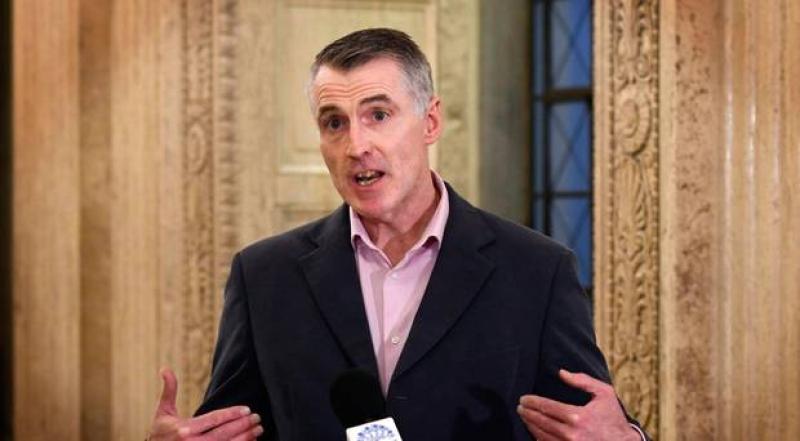 The County Derry based Sinn Féin National Chairperson, Declan Kearney, has said that tackling sectarianism requires a concerted, coordinated approach which places anti-sectarianism measures and legislation at the heart of political institutions and public policy. Commenting on the publication of a University of Ulster study report on sectarianism Mr Kearney said: "Sectarianism remains a cancer in Irish society, particularly in the north. "In some quarters it is a tolerated form of hate. "However, just like racism, homophobia and all other forms of hate and discrimination, sectarianism must be faced down and challenged. "Sectarianism is anathema to Irish republicanism. It is the exact opposite of the core republican values of equality and fraternity.” The Ulster University report contends that a specific government department is set up to deal with the issue because both religious and political sectarianism ‘shows no signs of going away’. Other suggestions made in the report called ‘Sectarianism in Northern Ireland: A Review’, include lowering the voting age to 16 and creating an anthem for all sports. The report was compiled by Professor Duncan Morrow in conjunction with members of the Sir George Quigley Fund Committee. The report writers spoke to a range of representatives from sectors including business, education, government, the community and voluntary sector and religious institutions. Declan Kearney continued: "At our Ard Fheis in June 2018 Sinn Féin adopted as policy 'One Community - Tackling the scourge of sectarianism in Irish society’ - which proposes a number of measures to tackle sectarianism. "This policy framework made a number of recommendations including: The incorporation of a citizens’ anti-sectarian charter into the pledges of office for all elected representatives; The introduction of a clear legal definition of sectarianism as a hate crime in legislation and with approporiate legally enforced sanctions and the establishment of a civic forum in the north as a platform to encourage cross-community and anti -ectarian solidarity within civic society. "Sinn Féin has also tabled anti sectarianism measures during all successive talks processes in recent years. "I welcome the report from the University of Ulster as an important contribution to the debate on how to remove sectarianism from our society and political process. "Sectarianism will not be wished away. Strategic governmental, legislative and popular civic action is essential. "An agreed programme which combines a range of far-reaching measures, involving government, statutory agencies and civic society will be required to remove this scourge in our society.”
ADVERTISEMENT - CONTINUE READING BELOW