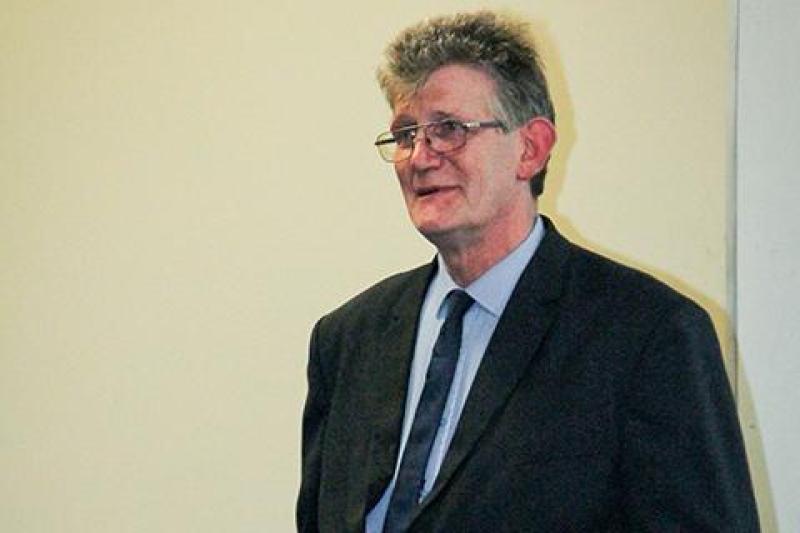 A Derry man who suffered institutional abuse as a child has contended that he and other victims are being used as “political pawns” in an effort to restore political devolution in Northern Ireland.

Jon McCourt, Chair of the Survivors North West, commented after news emerged yesterday that Secretary of State (SoS) Karen Bradley has again said that the only way that a financial redress scheme for abuse victims can be signed off on is through ministerial authorisation at Stormont.

Compensation for victims of abuse was a major part of the recommendations made by Sir Anthony Hart, who chaired the Historical Institutional Abuse Inquiry. The redress scheme was en route to being officially approved when Stormont collapsed in January, 2017.

There have been repeated subsequent calls for the SoS to push authorisation for compensation through Westminster only for her to repeatedly put the responsibility for that back to a currently non existent political Executive in Belfast.

Earlier this month, David Sterling head of the Northern Ireland Civil Service, wrote to Karen Bradley stating that he had completed an analysis of 500 victims' responses following a period of consultation and formally proposed the issue be legislated for in London.

However, on Tuesday this week Karen Bradley again reiterated that Stormont was the only political institution that could deliver upon draft legislation for compensation for victims.

In a letter to the victims and survivors of historical institutional abuse the SoS said that the best place to progress the issue was within the current series of party political talks aimed at restoring devolution.

"All of the main Northern Ireland political parties have expressed to me their desire to see the issue of of redress taken forward. The current talks are the best opportunity for these complex issues-such as total redress payment-to be discussed by local politicians," Karen Bradley wrote.

And, in another section of the letter the SoS stated: "I believe this is the quickest way possible to bring this issue to a resolution. I have therefore made it clear to Mr Sterling that it is vital that we make the progress on these HIA issues alongside the other issues to be discussed."

The inclusion of the HIA redress scheme in the wider political talks has however angered Jon McCourt.

He told the Derry News he feels that the victims issue is being used as leverage to force a "coalition of the unwilling" back into government and in effect he and his fellow victims are being used as a "blackmail tool."

Mr McCourt also said that sources inside the political talks in Belfast have told him that as yet, the institutional abuse issue has not been discussed in any way.

"Without a doubt we are being used as political pawns. It's shameful. I also believe the letter from Karen Bradley was released at a time on Tuesday to avoid making it headline news that night.

"David Sterling has completed the analysis and is ready to adapt draft legislation to go forward," he said.

Referring to the psychological and emotional effects on victims by the repeated delays, Jon McCourt added: "A woman now in her 80s, one of the oldest survivors began this process ready to fight but now she's been laid down with dementia. Karen Bradley needs more than a heart, she needs to develop a moral conscience.

"Karen Bradley has all the material she needs to progress this as she has been given it by David Sterling.

"People's hopes and expectations have been raised so many times only to be knocked back. That can only happen so many times. Considering the fact this issue was top of the news agenda for three days last week, the least that can be provided is end of life care for the unwell and infirm. Money comes at the very bottom of the table here."

Meanwhile, Archbishop Eamon Martin said he was "disappointed" with the development.

On Tuesday the Catholic Primate was part of a delegation of leading clerics who met with political leaders at Stormont in an effort to urge them to find a way forward.

"Just a couple of months ago I met with representatives of the survivors groups who were appearing before the Hart Inquiry and they've been on such a long journey.

"For them, the Hart Inquiry was a moment when they could really re-open and have heard the terrible, traumatic things that happened to them. And, then following the actual report which is over two years ago there was a great sense of hope.

"It's very sad when you meet the survivors and they tell you about their frustrations.What seems to happen is that they get hope and then those hopes are dashed and shattered.

"I certainly would support anything at all that can be done to help to fully implement the Hart recommendations as quickly as possible."

The last section of the letter to the survivors and victims by Karen Bradley says: "It is my hope that the political parties will be able to form a consensus on the issues that remain outstanding, so that the draft legislation can be finalised. I want to assure you that if no consensus is reached, I will consider next steps, which will involve me considering any views from the NI parties, as well as the material provided to me by David Sterling.

"In the coming days I will be meeting with Sir Anthony Hart, and will also be meeting a number of victims' and survivors groups next week. Be assured that this matter of great importance to me, and I will continue to work to ensure that progress is made without unnecessary delay."

Jon McCourt told the Derry News: "I am not going to stop until this is finished. Anyone who knows me knows I won't walk away from a fight."