Bloody Sunday: No court date set as yet for Soldier F to be charged with murders 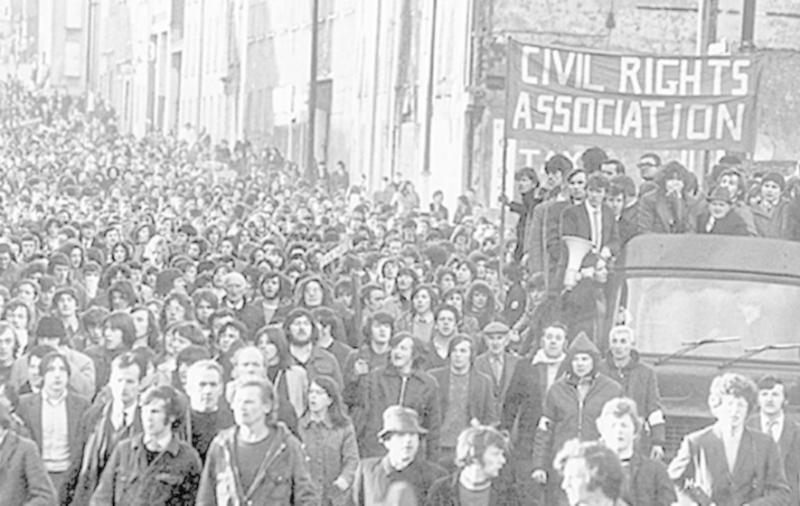 Almost 70 days after the Public Prosecution Service (PPS) declared that a soldier will face charges in relation to the murder of two men on Bloody Sunday, no date has been fixed yet for his initial court appearance.

At an announcement in Derry on March 14, it was revealed that the man referred to only as Soldier F will be charged with the murders of James Wray and William McKinney. He will also be charged with the attempted murder of four other men-Patrick O'Donnell, Joseph Friel, Joe Mahon and Michael Quinn-on January 30, 1972.

It is understood that the PPS are in the process of preparing committal papers are being prepared by prosecutors in order that the suspect can be served with a summons. The preparation of committal papers is basically the process whereby a case can be transferred from a magistrate's court the Crown Court so a trial can proceed.

There are two ways in which a suspect can appear at court. The first is after a police charge before the PPS has received a police file and has made a decision to prosecute or not. The second method is via a summons after a decision to prosecute someone. This is the method that will apply to Soldier F and as a result, all PPS papers must be 'trial ready' before he can be summonsed to court.

It's also believed that there are no plans to reveal which court venue that Soldier F will make his first appearance in until after the Bloody Sunday families are informed.

A spokesperson for the PPS told the Derry News: "After the decision to prosecute issued on March 14, 2019, the PPS provided detailed information and the estimated length of time required.

"Progress has been made on the process of preparing the large volume of of court papers required before a summons can issue to Soldier F and this has been in accordance with the time frame provided. We will continue to keep families informed of progress in this regard."

Ciran Shiels, a solicitor with law firm Madden & Finucane who represent many of the families of the victims and the survivors of Bloody Sunday said they are maintaining their stance that Soldier F should make his first court appearance in Derry.

He told the Derry News: "I don't see any reason why that shouldn't be the case. If an offence is committed then normal practice is that the person is charged at the petty sessions in the area where the offence took place. In this case the court closest to where these offences occurred is Bishop's Street in Derry."

"There's a tactical decision involved in choosing which method is preferred. Some may choose a Preliminary Investigation to put witnesses under maximum pressure to give them a taste of Crown Court while others wouldn't like to give witnesses a dry run. We tend to use both methods in our office."