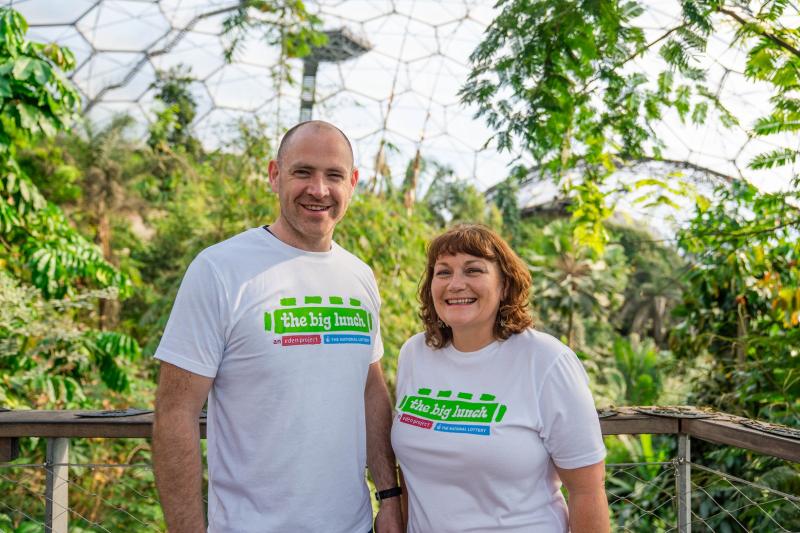 A Derry man has embarked on a two-week walk around the North as part of a drive to encourage people to connect with their neighbours.

Rory Mullan and fellow volunteer Patricia Fleming left Belfast on Friday (May 17) and will arrive in Derry on May 31.

Along the way, the pair will go via towns and villages like Portadown, Lisnaskea and Portaferry and meet with groups and individuals committed to making their areas a better place to live.

The walk is part of the annual Big Lunch project which this year will take place on June 1st and 2nd. The project is an idea that was formulated by the Eden Project in Cornwall and funded by the National Lottery.

The Big Lunch is aimed at bringing people together and on average six million people meet every year in their neighbourhoods to share food and have some fun. The idea was started a decade ago because the Eden Project believes that people are better placed to tackle problems on a united basis.

Rory Mullan has worked in the field of community development for over 15 years and has worked on a range of community projects, both at home and overseas, dealing with issues such as homelessness, disability and suicide prevention.

This experience had a significant impact on Rory, who went on to work in community development projects ranging from homeless shelters in Pittsburgh, managing farm co-operatives in Zambia and implementing natural disaster plans in India.

He said: “After university, I travelled throughout Asia and Australia which was very important in terms of my personal development. Travelling broadened my outlook and ignited a greater interest in the world around me.”

After seven years abroad, Rory returned home to put the skills and knowledge he had developed into improving the community he grew up in.

This included volunteering with the Samaritans in Derry for seven years, community inclusion projects with the Londonderry Musical Society, and even helping to restore a derelict school into a community hub. He currently works as a support worker with children with learning disabilities.

Statistics from research carried out by the Big Lunch show that neighbourhoods appear to be drifting apart. Whilst the North may pride itself on having strong communities these connections are slipping away according to the figures.

The results show that one in five people here have never spoken to their neighbours, that almost 70 per cent of us really don’t know the people next door and almost 50 per cent of us don’t even know their names. And, almost 75 per cent of local people would not introduce ourselves to a new neighbour.

Added to that, over 80 per cent of those surveyed said they felt closer to their neighbours 20 years ago than they do today.

Rory Mullan said: “Northern Ireland has come a long way in the last twenty years. I’m proud to be a part of initiatives which develop the community, while contributing to the wider aspiration of a truly shared Northern Ireland.

“I’m relishing the opportunity to meet ordinary people doing extraordinary things every day. I look forward to promoting the many benefits of volunteerism which will hopefully act as a catalyst for increasing community activism in the places I visit.”

“As a walker, I hope to complete the journey across our beautiful countryside and along the way encourage people to embrace the many benefits of exploring the outdoors in their local area.”

Anyone interested in getting involved in this year’s Big Lunch can get more information at thebiglunch.com or call 0845 850 8181 to speak to our team.