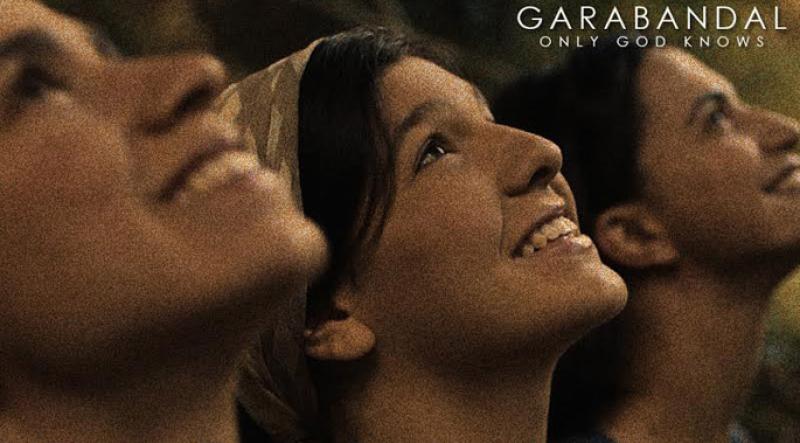 A film on Garabandal – a small village in Northern Spain where four young girls claimed to have had apparitions from Our Lady of Mount Carmel in 1961 – is to be screened in Derry this weekend. ‘Garabandal – Only God Knows’ has had huge unexpected viewing numbers following its release in Spain, South America and the United States of America, and interest has been high on its coming to Ireland in May. The screenings will be at Brunswick Cinebowl, Pennyburn, from tonight to Sunday, May at 7 pm, with bookings to be taken from the Wednesday before. The film tells the story of 12-year-olds, Conchita Gonzalez, Jacinta Gonzalez, and Maria Loli Mazon and 11-year-old Maria Cruz Gonzalez, who were all from poor families living in San Sebastian de Garabandal, in the Santander Province, and who had been playing together on the outskirts of the town on the evening of June 18, 1961, when they claim that they heard a loud noise and saw the bright figure of St Michael the Archangel. They said that the Archangel appeared to them again, in the same place, in the days that followed, announcing to them that they would see Our Lady on July 2. After this first encounter, the girls claimed to have over 2,000 visits from Our Lady of Mount Carmel, referred to as such because the girls said that her appearance and dress looked like portrayals of Our Lady of Mount Carmel. The film also portrays the struggle that the village’s parish priest, Fr Valentin, and Civil Guard brigadier, Mr Juan Alvarez Seco found themselves in to find out the truth, while confronting a perplexed hierarchy and facing an ever growing multitude of people arriving at the village in search of answers. The girls reported that the purpose of the visitations was to call for a “conversion of heart”, and that they had received two messages, one on October 18, 1961, directly from Our Lady and the other via St Michael on June 18, 1965. The visionaries also claimed that Our Lady had told them of a “warning”, a “miracle” and a “punishment”, if the call to conversion was not heeded. The warning is described as a momentary stopping of time around the world, with all people then seeing the spiritual condition of their souls, and how they should amend their ways. Within a year of this, it is reported that the miracle will take place, which will leave a permanent sign in Garabandal – one that can be seen and photographed, but not touched. While the reported apparitions have not been approved by the Church, authorities maintain a conservative attitude towards them. In accordance with usual procedure concerning claimed visitations, the local bishop has primary jurisdiction. Past practice regarding approved apparitions indicates that in the absence of clear supernatural proof, neither the local bishop nor Rome is likely to approve an apparition. Following two committees convened by the bishops of Santander, they declared that there were no phenomena capable of authenticating the facts as undoubtedly supernatural, but they did not condemn the message. The first commission stated: “We find nothing in need of ecclesiastical censure or condemnation, neither in the doctrine nor in the spiritual recommendations supposedly addressed to the faithful.” On his retirement, Bishop Juan Antonio del Val, who called the second commission, stated that “the message of Garabandal was important and theologically correct”. Brunswick Cinebowl is located at Brunswick Lane, Pennyburn Industrial Estate, Derry. Bookings for the film will be taken from Wednesday, May 15. The Box Office can be contacted on 028 71371999.  The film will also be screened in Cookstown, in The Ritz Multiplex, 1-2 Burn Road, on Sunday, May 19, with moves being made for it to be shown in Belfast too. One of the actors in the film will be in attendance at the launch. Juan Romero plays the role of the Jesuit priest, Fr. Andreu,
ADVERTISEMENT - CONTINUE READING BELOW