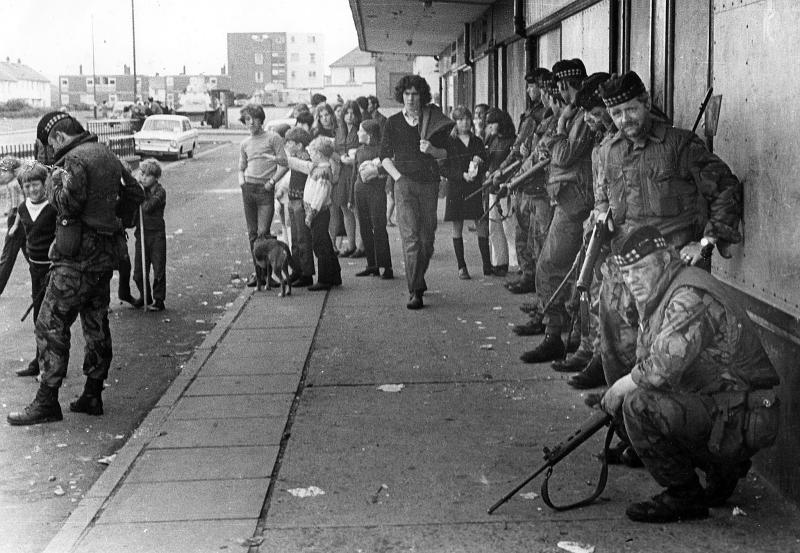 The 38th anniversary of the SAS killing of Derry IRA man George McBrearty will be marked with a independent commemoration in Creggan this coming weekend. On May 28, 1981 during the republican hunger strike of that year, George McBrearty and Charles Maguire approached a car on the city’s Lone Moor Road. The car was driven by an undercover member of the British Army who killed both men. In recent years Mr McBrearty’s family have organised a commemoration in Creggan to mark George’s memory. As on other occasions the commemoration will be chaired by Martin Galvin, the New York based lawyer and former publicity officer for NORAID. Mr Galvin said: “There is something very special about this commemoration. It is a privilege to stand with the McBrearty family honoring a patriot and soldier who fought and died in his native city so that Derry and the six counties could one day be free of British rule. This commemoration also remembers Charles 'Pop’ Maguire. “It remembers all of the patriotic men and women, who in terrible times against great odds and British terror, Volunteered, meaning they came forward of their own free will and gave their lives so that others might live in freedom. “The McBrearty family each year gives a personal written invitation to many political groups in the city, along with publicly inviting anyone who wants to remember Irish patriots with pride. Speakers who belong to political groups do not represent those groups in this commemoration. “It draws together respected veteran republicans of various shades, ex-pows, civil rights campaigners, with young people and independents. “This year I have been asked to wear an "England get out of Ireland" badge. There is a photo of me being arrested at Free Derry Corner, alongside Martin McGuinness wearing one in 1989. “I have been asked about those words which are carried on banners by many contingents in American St. Patrick's Day parades became controversial last March. “ ‘England Get Out of Ireland’ is an expression of support for a sovereign 32 county united Ireland, but the meaning goes far deeper. The reference to England recognizes that British rule from Westminster really serves English interests rather than Irish interests. “The words are based on Wolfe Tone's aim "to break the connection with England" by "uniting Protestant, Catholic and Dissenter." Rather than attacking unionists it invites them to take equal citizenship in a united nation serving all Irish people, instead of giving allegiance to British hegemony based on sectarian privilege. “That is the real basis of reconciliation. That is what George McBrearty and all of those whose memory we honour today died to give us.” In 2017, a mural in honour of George McBrearty painted by well known Derry artist Kevin Hasson was unveiled at the junction of Rathkeele Way and Rathlin Drive and will be the assembly point for next Sunday's event. George McBrearty's brother Danny, himself a former republican prisoner, said the event is organised solely by his mother, brothers and sisters. Danny, a honorary member of the 1916 Societies said: "Regardless of recent happenings, this commemoration and the mural stands alone and separate from any republican organisation in this city and beyond. It is a testament only to George's memory and all of those who gave their lives to Irish freedom. "The intention by the republican movement as represented by Sinn Fein has always been to wind down republican commemorations. But, the mural to George, painted on the gable wall of a private home on a neighbours house has received nothing but accolades and no one has ever complained. "We intend to hold our commemoration this year and every year for all of those who gave their lives. Everyone, no matter what political party they are involved with are welcome to attend." All those wishing to attend the George McBrearty commemoration are asked to assemble at the mural at the junction of Rathkeele Way and Rathlin Drive at 2.30pm this Sunday, May 26.
ADVERTISEMENT - CONTINUE READING BELOW