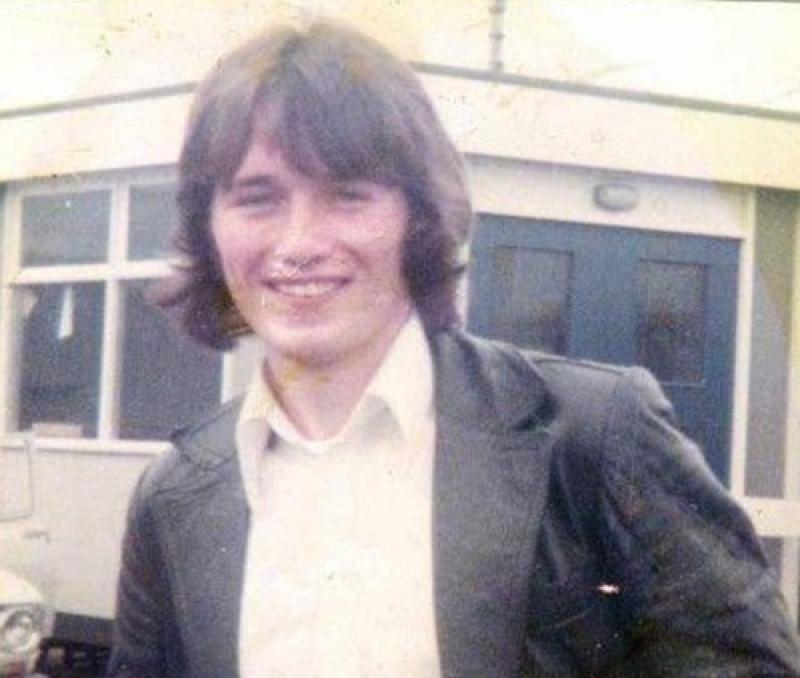 The sister of an IRA man shot dead by the British Army just over 43 years ago has lambasted republican group Saoradh for using the anniversary of brother’s death on their social media page. Jim Gallagher was just shy of his 21 st birthday when on May 17, 1976 when he was fatally wounded by British soldier David Walter Scott on Derry’s Strand Road. Whilst the Gallagher family have had the post successfully removed from Saoradh’s Facebook page after lodging a complaint with the social media giant, Maire Gallagher says she wants it made publicly known that the family do not in anyway endorse the republican party. “I was disgusted that to see Junior McDaid House or Saoradh using my brother’s name,” Maire told the Derry News. The Gallagher family also sent private messages to Saoradh’s Facebook page asking that the post relating to their brother be removed but did not receive any response. Jailed in 1973 for his part in a bombing, 20-year Jim Gallagher had been warned by a British soldier in Long Kesh just six days before his release to escape across the border as he was a potential target for assassination. Upon returning to Derry, Jim was going home from a trip to the cinema in the city centre when he was stopped and searched by the British Army at Guildhall Square just before he boarded a bus. It was noted that more soldiers checked carefully where Jim was sitting on the bus before it departed. As the bus arrived at Governor Road two Army Land Rovers pulled into the road causing the bus to stop. But, as the bus pulled away again shots rang out. Jim Gallagher was heard to cry out, ‘Jesus, Mary and Joseph. I’m shot. ‘ It later transpired that the rounds had been fired from a Sangar post at Fort George adjacent to where the bus had been forced to halt. Jim Gallagher was hit in the neck and the man sitting next to him, Patsy Lamberton, had been seriously wounded in the stomach. A female passer by on the Strand Road, Una Foy was also struck by a stray round. The bus driver sped both Jim Gallagher and Patsy Lamberton to the nearby St Patrick’s Church in Pennyburn where a priest administered the Last Rites. However, Jim Gallagher died soon afterwards. Patsy Lamberton somehow managed to survive the attack, but is now deceased. In the court case that followed Private David Walter Scott of the Cheshire Regiment was sentenced to a term in prison for manslaughter, but lawyers from the Ministry of Defence claimed that he was enlisted as a cook and not as a trained marksman, which in reality he was. Maire Gallagher added: “With it being Jim’s anniversary, they decided to use Jim’s memory to make it appear that, as a republican family, we backed them, therefore giving them a modicum of support. “They used our family as well as our brother’s memory. No one in this town wants to be dragged back to the Troubles. The whole town is against them. “Our family went through hell during the Troubles and I would never want my grandchildren growing up in the way we did. We were devastated by what happened to Jim, but we lived in very different times. “We have been living in peace or close to it since the ceasefire and I can’t imagine anything worse than going back. That’s why I was so angry to see these boys that tried to justify the murder of a young innocent girl in Derry trying to use my brother’s name. “We would never want anything to do with Junior McDaid House or Saoradh and they have no right to use or brother’s name and I want everyone to know that.”
ADVERTISEMENT - CONTINUE READING BELOW