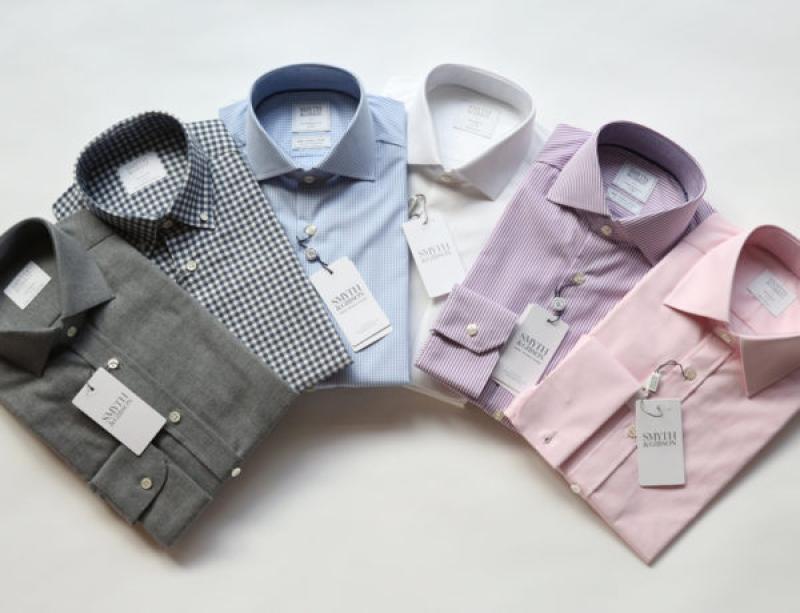 One of the last remaining shirt factories in Derry has announced its imminent closure with almost three dozen staff facing redundancy. Smyth & Gibson on the city’s Victoria Road announced the news yesterday afternoon heralding another blow to the employment figures in Derry and to the industry that once provided the mainstay of work in the city. In the interim period, the company is proposing to make a Company Voluntary Arrangement with its creditors.  The closure of the factory, the owners said, came as a result of an increase in production costs coupled to a drop in retail sales. In the last 15 years the company has produced garments for leading high street outlets and brand names such as Marks & Spencers, JW Anderson, Fred Perry, Tiger of Sweden and Margaret Howell. However, the proprietors of Smyth & Gibson added that the loss of a number of prime clients in the last year has been matched by an inability to replace that revenue stream. A total of 34 workers will be affected by the closure of the business. Sam Morrison, a director of Smyth & Gibson said: “It is a very sad day for the company. For many years our factory in Derry has been one of the last traditional handmade shirt makers in Britain and Ireland. “We have taken every step we could to avoid the closure of the factory, however we are facing a volatile retail climate which has meant our current business structure is simply no longer viable. “We have been in close contact with our employees and have already completed a formal consultation period. I am pleased that we have been able to secure permanent employment for twenty of those affected with O’Neill’s International Sports Company and we will continue to support all employees as we approach our closure date in May.” Newly installed Mayor of Derry City and Strabane District Council Michaela Boyle expressed her “sincere disappointment” at the news of the factory’s closure. She added that she would be working with the relevant statutory bodies to make sure that comprehensive redundancy packages, retraining programmes and education opportunities were put in place for the affected workers. “News of these job losses is extremely disappointing and sad news for everyone involved. Earlier this week in my inaugural speech as newly elected Mayor I set out my commitment to do all I can to attract jobs, investment and regeneration to this city and district. “I remain committed to that promise and would like to reassure those affected by these job losses that I will be proactively putting pressure on both the British and Irish governments to place job creation high on their agenda for the people of the North West region.” Brian McGrath, President of the Londonderry Chamber of Commerce said: “This is very sad news for the city. The shirt factories are a huge part of our city’s heritage and Smyth & Gibson is one of our last remaining shirt factories. “It is welcome news that another company has offered permanent jobs to some of those affected, but there will still be a lot of families worried by this. Our thoughts go out to the employees and owners at this time.” SDLP Councillor for the Waterside area told the Derry News: “My first thoughts are with the employees and the business owners. “They were operating in a very niche market and high-end manufacturing in relation to shirts. The industry has been in this city for many years, so this is very sad to see.” The councillor, who previously served as Chief Executive of the Londonderry Chamber of Commerce added: “I am happy to see that the business owners, who were good employers, have been able to secure alternative employment for 20 of the staff. “This industry faces very strong competition from overseas manufacturers and the loss of just one or two customers can put businesses to the wall. As I said, it’s very sad to see an industry with such a great tradition in the city suffer like this.” DUP Alderman Hilary McClintock also expressed her sympathy to the workers and proprietors of Smyth & Gibson. “I am very disappointed and saddened to hear that such and long established and highly thought of firm is in this position. Smyth & Gibson have been renowned for making high quality shirts for prestigious clients for many years. But, unfortunately the firm has become another victim of the retail market and it’s no longer viable for them to trade.”
ADVERTISEMENT - CONTINUE READING BELOW