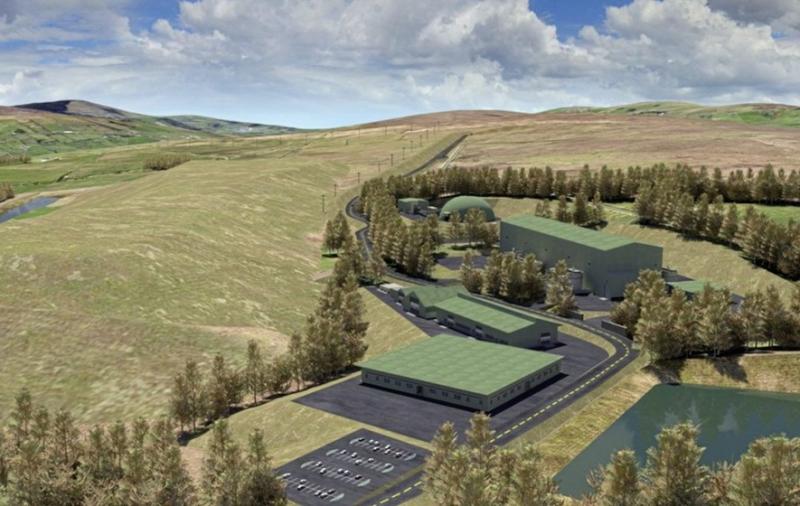 One of the few pieces of formal Council business that took place at the annual general meeting of the local authority on Monday night saw newly elected People Before Profit Alliance (PBPA) Councillor’s Sean Harkin and Eamonn McCann waste no time in making their presence felt. The annual NW Business Awards will be held this year on Saturday, June 1 and mining company Dalradian Gold had been listed as one of the events sponsors. The firm has been at the heart of a controversial mining scheme in the Tyrone section of the Sperrin Mountains. Convention normally dictates that standing orders at the Council AGM are suspended to allow for the introduction of the new mayor, deputy mayor and the nomination of the various committee chairs and other positions. However, PBPA representative Sean Harkin said he wanted the raise the issue of Dalradian’s involvement at the business awards at the first opportunity and called on all elected representatives to back the removal of the firm from the sponsorship list. Councillor Harkin said: “The company is using cyanide which is having an overall impact on the eco-system and everybody should be concerned about what they are doing and should agree they are stopped as a sponsor.” Apart from the unionist contingent, the Council body agreed that the issue should be considered. After an amended written motion, the political representatives were asked to look at the proposal which read: “This Council opposes Dalradian Gold’s sponsorship of the NW Business Awards. We call for Dalradian Gold to be dropped from this year’s awards ceremony.” However, Independent Councillor Gary Donnelly interjected on a Point of Information and told the council chamber that he and other Independent representatives had already met with the City Centre Initiative with regard to the awards and received assurances that Dalradian had already withdrawn their sponsorship. That withdrawal was then confirmed as correct by the city solicitor. Then, Independent Councillor Paul Gallagher interjected and said it was his opinion that Dalradian should not just be removed from the business awards, but “they should remove themselves from the Sperrins full stop.” He then proposed another amendment to Councillor Harkin’s motion reflecting that Council’s corporate position should be that Dalradian be excluded from any involvement in local authority linked events. PBPA Councillor Eamonn McCann said that he’d personally attended dozens of meetings and spoke to hundreds of people in the affected area about the issue. “These meetings were a lot more important than any consultation carried out by Dalradian. Council needs to put on record the intimidation of people by Dalradian in their attempted destruction of one of the most beautiful parts of this island. They are gouging into the landscape of this country to make a profit,” he said. The DUP’s David Ramsey asked the political representatives to “take note that this Council had taken the issue very seriously and that the company provided 350 well paid jobs. There is a lot of scaremongering going on.” Mr Ramsey’s DUP colleague, Hilary McClintock said that the debate on the issue should have been halted with the city solicitor made it clear that the issue had been resolved and that there was “more important issues to be getting on with.” Martin Reilly of the SDLP and Sinn Fein Councillor Dan Kelly also both stated their party’s already established opposition to Dalradian’s mining activities. A vote on Paul Gallagher’s amended motion that the council adopt a corporate position saying Dalradian be banned from any involvement in future council events then received backing from PBPA, Sinn Fein, SDLP, Alliance, the Independent bloc, Alliance and Aontu. The DUP bloc voted against the motion and the UUP’s Darren Guy abstained whilst his party colleague Derek Hussey opted not to vote because he made a declaration of interest that Dalradian was a sponsor of his local football team. A spokesperson for the organisers of the awards, City Centre Initiative told the Derry News: “CCI has reached an agreement with Dalradian Gold, one of our seventeen sponsors for this year’s North West Business Awards and have accepted their statement, as below, and their decision to withdraw as the sponsor of the Large Business category at this year’s business awards. “We welcome Dalradian’ s support of the awards and realise this difficult decision was made in the best interests of the overall awards and its nominees.” And, a spokesperson for Dalradian said:  “Following discussions with the City Centre Initiative both parties have agreed that Dalradian will withdraw its sponsorship of this year’s North West Business Awards. “As a local employer since 2009, we had hoped to support the wider business community through the awards as in previous years.  We are disappointed, but are keen to ensure that the focus of the awards remains on celebrating the best of local business. “Dalradian remains committed to delivering a safe project that will bring major economic and social benefits locally.  Our proposals for an underground gold and silver mine will have a transformative impact on the local economy over the next 20 to 25 years. "This includes 1,000 direct, indirect and induced jobs and a £750m spend on the project’s supply chain, much of which will be directed to other local companies. “This is a Brexit-proof initiative that will have a major positive effect through high-paid jobs, training and investment. “The mining and extraction industry already supports thousands of jobs locally through the supply of machinery and engineering services globally. Dalradian is an once-in-a-generation opportunity to build upon that existing success.” CAPTION: An image of the Dalradian Gold mine in Co Tyrone.
ADVERTISEMENT - CONTINUE READING BELOW