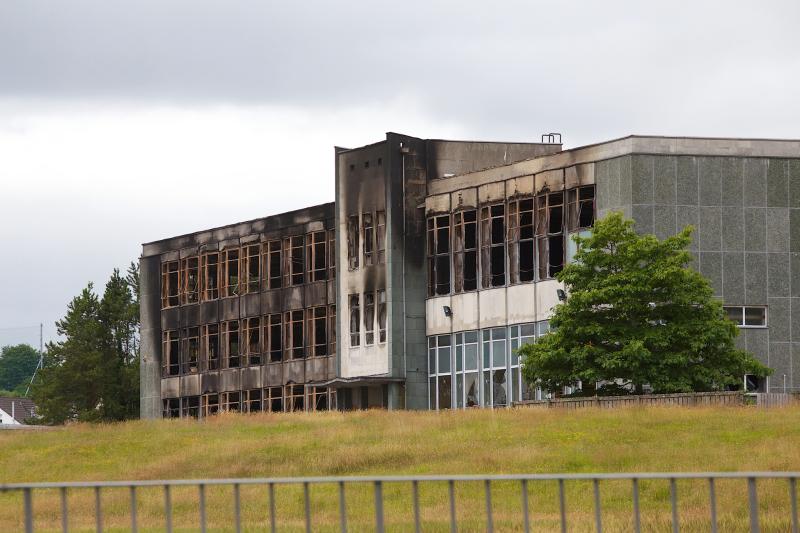 A £20m new build school for Derry children with learning difficulties has experienced further delays which means construction work is now “unlikely” to commence before 2021, it can be revealed. The Department of Education (DoH) confirmed its intention to build a new school and college on the former Foyle College Junior School site on Northland Road last year, however, these plans have been blighted by setbacks ever since. Firstly, there were delays in the transfer of the site from the Foyle College to the Education Authority. Issues around ownership arose when the building was set alight by arsonists in July of last year which subsequently held up the demolition process. And having committed to work commencing in the financial year from April 2019 to March 2020, the DoH announced in January of this year that it would be pushed back until the latter half of 2020. The Derry News has now learned that a revised business case has to be submitted by the department meaning the build is unlikely to commence before 2021. Yesterday, a departmental spokesperson said: “The Stage 2 (Concept Design) submission for the Ardnashee School and College project has been approved by the Department however costs have escalated and a revised business case will now be required. “The preferred option remains to locate the new build school on the former Foyle College junior school site at Northland Road in Londonderry. The need for a revised business case means that it is unlikely that construction work will commence before 2021.” At the beginning of 2018 the Department of Education confirmed that the Northland Road site will be taken over by Ardnashee School and College. Ardnashee school provides education and pastoral care for up to 270 pupils, ranging from 3 to 19 years of age, who have learning difficulties and associated disabilities. Photo: former Foyle College Junior School site where new Ardnashee School is supposed to be built.
ADVERTISEMENT - CONTINUE READING BELOW