Family of Bloody Sunday victim awarded over £160,000 in compensation 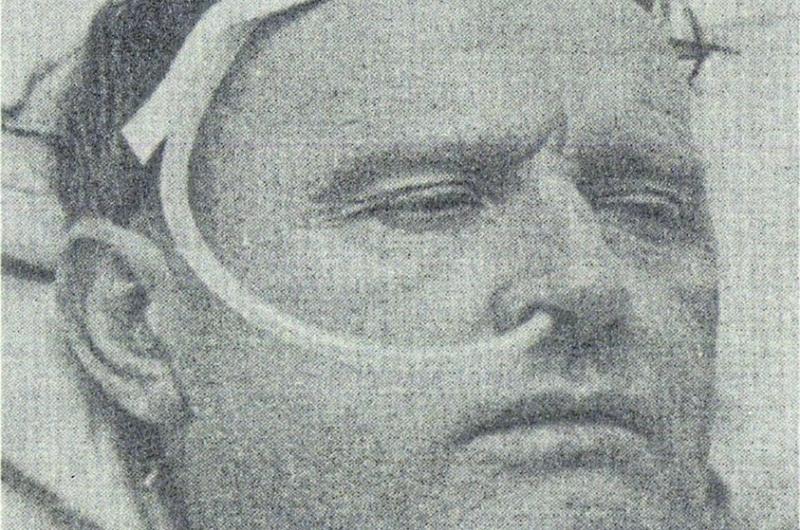 The family of a man wounded on Bloody Sunday are to be awarded over £160,000 in compensation following a High Court ruling on Tuesday. Patrick Campbell, a 52-year-old father of nine was shot in the back by a British soldier as he attempted to run to safety on January 30, 1972. The high velocity round that struck the victim was fired by the soldier known as Lance Corporal F. Mr Campbell later quit his work as a docker and died in 1985 after suffering from cancer. High Court Judge, Justice Gerry McAlinden instructed that the Ministry of Defence (MoD) award the Campbell family £163,048 to cover loss of earnings and damages. Addressing the court Mr McAlinden said: “The court has no hesitation in finding that the wrongful actions of the servants or agents of the defendant on the day in question gave rise to emotions of extreme fear, if not terror, in the mind of the deceased.” To date, over £2 million has been awarded against the MoD on behalf of those who were either bereaved on injured on Bloody Sunday. In September last year, Michael Quinn who was shot in the face by a member of the Parachute Regiment was awarded £193,000. And, in October last year the family of Gerard McKinney who was killed on Bloody Sunday were awarded £625,000 whilst relatives of Michael McDaid who was also shot dead were awarded £75,000. Another nine families affected by Bloody Sunday received damages in excess of £900,000. The MoD had already accepted liability in the case of Patrick Campbell, but there was an argument over the level of compensation to be paid out. On Tuesday the court was told that Mr Campbell was shot at relatively close range at the rear of the Rossville flats and fell to his knees as he tried to reach safety. Legal representatives for the Campbell family contended that Lance Corporal F had acted like it was a “turkey shoot.” As Patrick Campbell was being ferried to hospital, soldiers halted the vehicle and removed him. He was then examined by a British Army medic who arranged for him to be taken to hospital in a military vehicle. Counsel for the family said this incident was typical of the attitude of soldiers on Bloody Sunday. The bullet that struck Mr Campbell did not exit his body and remained in his abdomen without ever being retrieved. Patrick Campbell’s son Billy said his father had to give up his job as a tonnage docker and began binge drinking as a result of what happened to him on Bloody Sunday. But, he added that his father tried to keep his suffering hidden from his family. Mr Campbell underwent surgery, but had to return to hospital a second time because of medical complications. He also attempted, in vain, to return to work. Evidence given by the MoD’s medical experts contended that less than a year after Bloody Sunday, Patrick Campbell’s physical symptoms had gone. They also claimed that the victim would have been fit to work again within two years had it not been for the psychiatric impact of the death of his wife in 1973. Giving his ruling on the case, Mr Justice McAlinden said he was convinced Patrick Campbell would not have relinquished the job that was “his life” unless he was compelled to do it for reasons directly related to Bloody Sunday. The judge also said that the sudden death of Mrs Campbell and the realisation that Mr Campbell would never het back to being a docker led to the development of chronic depression. “The gunshot injuries were inflicted in the most distressing and persistently disputed circumstances. “It is entirely understandable that a man of reasonable fortitude would crumble under the weight of these stresses and engage in the harmful use of alcohol, with bouts of drinking being followed by periods of intense embarrassment and regret,” he said. In awarding the compensation, Mr McAlinden added: “The court has no hesitation in finding as a fact that the behaviour of the soldier who shit the deceased was exceptional and contumelious and was imbued with a degree of malevolence and flagrancy which was truly exceptional.” And, a solicitor for the family of Patrick Campbell has told the Derry News that the award of compensation to the Campbell family further reinforces the innocence of those killed and wounded on Bloody Sunday. Fearghal Shiels, a lawyer with Madden & Finucane said: “This is further important vindication for the Campbell family of the total innocence of their father, particularly in circumstances where the soldier responsible, Soldier F, has recently escaped prosecution for his attempted murder. “We are pleased that this process has concluded and hope that the few outstanding compensation cases can now be resolved quickly.” Meanwhile, Patrick Campbell’s son Billy said that his father was not a “bitter man.” Speaking to BBC Radio Foyle yesterday, Mr Campbell added: “He did forgive, he didn’t hold a grudge. What was done was done and he couldn’t change that. “The money doesn’t mean a lot. It won’t bring him back. It’s just money.” However, Billy Campbell added that his father went to his grave before being vindicated. “He was branded, as they were all branded on Bloody Sunday, as terrorists, as bombers. “That was the main thing-that they were vindicated from that. Money didn’t come into it, that’s what we wanted. “He kept everything to himself, would not tell you anything. He kept everything from the family. “He couldn’t go back to work, he wasn’t fit for it. It is hard for a man who has been doing that all his life since he was 14, and then all of a sudden not be fit for work. “He had to be a mother and father for everyone,” he said. CAPTION: Patrick Campbell who was wounded on Bloody Sunday.
ADVERTISEMENT - CONTINUE READING BELOW