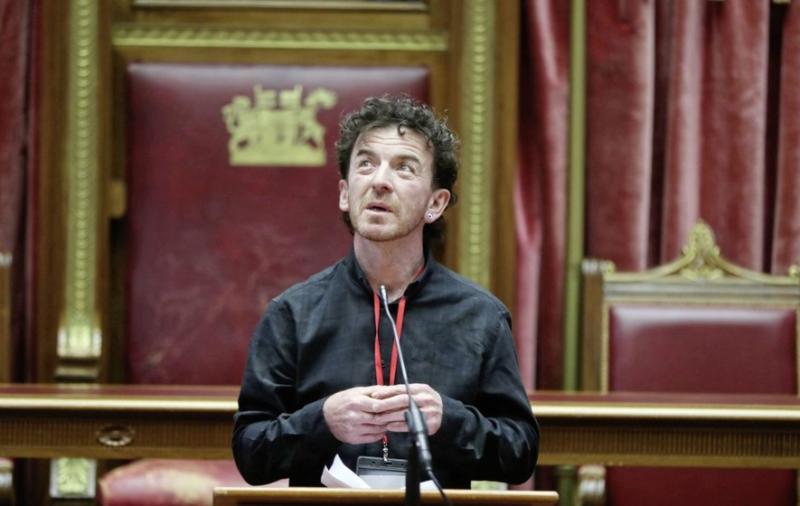 A man whose parents were savagely murdered in front of him and his infant sister will speak of his and his family’s horrifying ordeal at an event in Derry this Thursday. Rosaleen and Mervyn McDonald had been married for just two years when loyalist gunmen burst into their Belfast home in July, 1976. Their son Seamus will speak of the incident at the Holywell Building this week in the latest in the of the testimony events in the Valued Voices-Towards Understanding series hosted in Derry. Seamus McDonald, who now lives in Mayo said: “My conscious mind does not remember, maybe won’t allow me to remember those terrible and terrifying moments when my mammy and daddy were shot right there in front of me and my wee sister Margaret. “Margaret was grabbed out of my mammy’s arms and planked in beside me in the playpen. I was two, Margaret, four months old. “Our father Mervyn died instantly. Our mother Rosaleen, fatally wounded was rushed to the Mater Hospital and died she died a short time after. All together the UFF killers fired more than 30 bullets. Both coffins were closed such was the ferocity of the shooting. Mammy was 24, daddy was 26. “Myself and my sister were brought up for a while with our Keenan grandparents, our mammy’s people, then with our auntie, mammy’s sister Fionnuala. “The Coroner wanted to know why Rosaleen and Mervyn were targeted. The UFF put out the word they were shot because they were involved with the IRA. There was some RUC acknowledgement that they were both murdered because of their religion and for no other reason. “Although a mixed area, the Longlands-on the fringes of north Belfast-was a ‘soft’ target for loyalists and continued to be that for thirty more years. “The loyalist stronghold of Rathcoole was only a stone’s throw away. Our father was from the nearby Whitewell estate and was a well-known face in the district as he worked on a fruit and veg van that regularly did its rounds in the area. “Our mammy in her death throes, was found in a pool of blood stretching out towards me and Margaret in the playpen.” Seamus McDonald attended the Valued Voices conference on Post Traumatic Growth last September on the theme ‘Whatever Doesn’t Kill You Makes You Stronger.’ He kept in touch with the programmes at Holywell and regards this week’s event as a stepping stone on his journey to find release and healing and is determined to exorcise the nightmare of his parent’s murders. “The people that did this achieved nothing. My mum and dad are alive inside me. They are alive in my sister and I see them in the faces of my children. It was just pointless and it was cruel. What they tried to do me didn’t work. What they tried to do to my family didn’t work. It was horrific and unnecessary,” Seamus said. The free Valued Voices Testimony event this Thursday, June 20 begins at 12.30 at the Holywell Building. A light lunch is included. To book a place please ring Kirstie on 02871 261941. All are welcome to attend. CAPTION: Seamus McDonald whose parents were murdered in front of him in 1976.
ADVERTISEMENT - CONTINUE READING BELOW