Strabane’s Paul Tully to support The Rapparees later this month 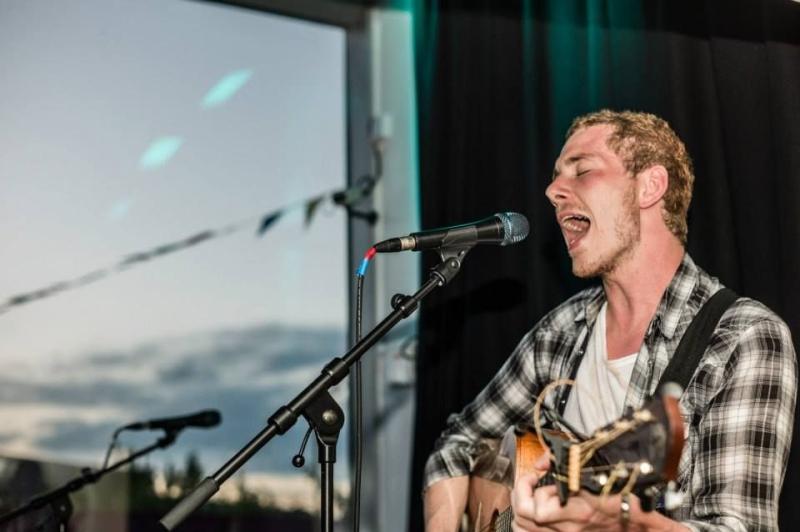 Strabane’s very own singer-songwriter Paul Tully will be supporting Belfast folk band The Rapparees at the Alley Theatre this Saturday, June 22.

Paul’s musical prowess has been well celebrated in Strabane and indeed at the Alley Theatre for many years and is one of Irish music’s best kept secrets. He has played extensively around the North West, supporting the likes of Aslan, Declan Sinnott and Strabane’s very own Paul Brady earlier this year. 2013 saw the release of his debut EP ‘Lyric for the Lost’, which still remains a firm favourite on Irish radio. It is a collection of songs that are urgent and upbeat (‘Go your Way’), tender and emotive (‘Reign down your love on me’) and troubadour-like (‘Ways of the World’).

‘Lyric for the Lost’ was a most worthy introduction to a songwriter who is as natural rocking out as he is as a balladeer. Ralph McLean of BBC Radio Ulster is just one of many to be reeled in. “Paul Tully's songs are special. They connect and speak to people. Live he's electric and in studio he's a craftsman. A name to remember and a talent to treasure,” he enthused.

The success of the debut EP saw Paul travel across the Atlantic to perform in Nashville at the famous Bluebird Café. He also featured strongly on the Irish festival circuit before relocating to Dublin.

"Strabane-bred, Dublin-based Paul Tully has carved out an impressive reputation as a gifted tunesmith – and after listening to ‘Someway Somehow’, you'll fall for his charms too, lovers of David Gray will adore it" - Hotpress Magazine’

Kevin Mawdsley from The Rapparees said: “We are delighted our good friend Paul will be supporting us at the Alley Theatre.  Anyone who knows Paul and his music knows they can expect one hell of a good night out.  We cannot wait to perform in Strabane.  Audiences can expect foot stomping belters and heart-warming ballads.  We will be launching our fourth album ‘Recharged’ with tracks ‘Ireland of Australia’, ‘The Newry Highwayman’ ‘Mormond Brass’ and many more.’