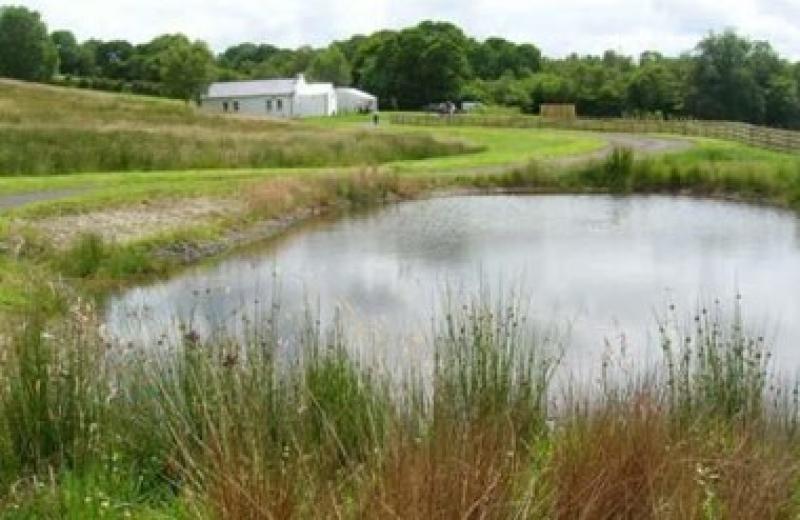 An iconic Derry woodland area has reopened two years after the devastating floods of 2017. In February of this year, the Derry News revealed that work to reinstate public access at Ness Woods was set to commence eighteen months after floods destroyed the area. Ness Woods has remained closed to the public since the flooding of August 2017, however, an agreement was then reached between the Department of Agriculture, Environment and Rural Affairs (DAERA) and a neighbouring landowner to finally allow for remedial works to be carried out on riverside pathways. There is now positive news for those who make use of the popular woodland area, as visitor experience to Ness Country Park in Claudy will now be enhanced through a new riverside pathway and play park, the Department of Agriculture, Environment and Rural Affairs (DAERA) has announced. The new pathway is opened replacing the pathway that was destroyed following the flooding in August 2017. Construction work on the bespoke children’s play park is now underway and is due to be completed by early August 2019. The country park is managed by the Northern Ireland Environment Agency (NIEA). Announcing the improvements Adam Reid, NIEA, said: “We are pleased to announce these exciting new development plans, which will improve the experience of visitors to the park. “During the flash flooding which occurred across the North West during August 2017 a section of riverside pathway, which led from the main Visitor Centre area to the Ness Wood area of the property, was extensively damaged in parts. “Through agreement with an adjacent landowner, who has been extremely supportive, we have been able to complete works to reinstate public access between the main Visitor Centre area and the Ness Wood area of the park. We are pleased to confirm this pathway is now open. “We have also been busy over the quieter visitor months improving public access facilities by replacing steps within Ness Wood which were in need of replacement due to deterioration in their condition.” He added: “The new play park, which will be ready for public use by early August 2019, will capture the imagination of younger visitors to the site by providing play opportunities which link to some of the habitats and species found in the park. The play park has been designed for two age categories in mind – two and over and eight and over. “The play park will include bespoke elements such as a woodland village, giant bluebells, giant carved animals such as a salmon and red squirrels, basket swings, a pendulum swing, a bespoke seating shelter and a large riverbed scramble which is inspired by the river and waterfall which runs through Ness Country Park. “The development has been designed with all abilities in mind to provide play opportunities for all. The play park surface will be finished with a bonded rubber mulch, to give a natural look finish, but also to allow for access for wheel chair users and prams with elements such as the basket swing and a sensory area suitable for use by all.” On August 22 and 23, 2017, unprecedented flooding hit the North West affecting around 650 bridges, closing 200 roads and causing significant damage to 1,800 metres of flood defences at numerous locations. Those impacted most were families in the Drumahoe and Eglinton areas who were left without homes when heavy and persistent rainfall, amounting to 63% of the monthly average, fell within an 8 to 9-hour period. Ness Country Park, which is connected to Ervey Wood, attracts between 20,000 – 30,000 visitors every year. It is a steep wooded glen, and a remnant of extensive natural oakwoods that comprises 20 ha, with riverside/woodland paths including wooden steps and footbridges. And is home to many different species of wildlife and birdlife.
ADVERTISEMENT - CONTINUE READING BELOW