Bloody Sunday: Soldier F to be summonsed to Derry courthouse next month 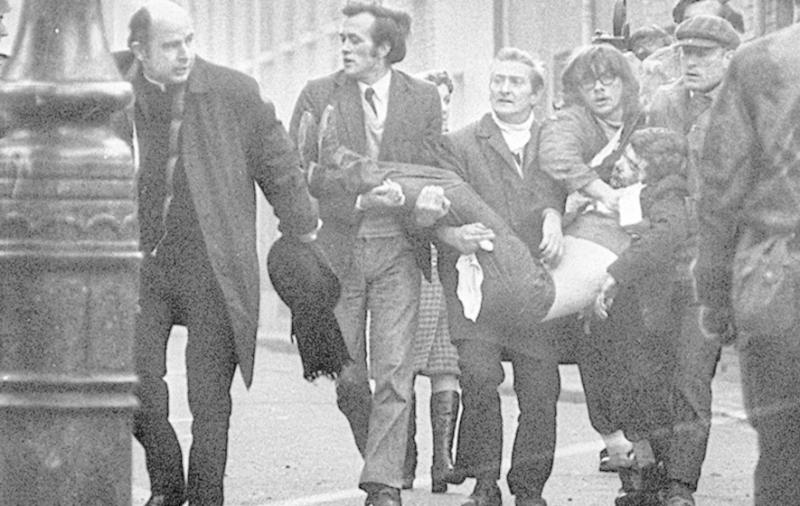 EXCLUSIVE The only soldier to be charged with murder and attempted murder in relation to Bloody Sunday will be summonsed to appear at Derry courthouse next month, the Derry News can reveal. The former member of the Parachute Regiment, known only as Soldier F will be formally charged with two counts of murder in relation to James Wray and William McKinney. He will also face four counts of attempted murder in relation to the late Patrick O'Donnell and Michael Quinn, Joseph Friel and Joseph Mahon. Ciaran Shiels of Madden and Finucane Solicitors revealed the news a short while ago and said that the Public Prosecution Service has now confirmed in writing to his client Mickey McKinney (brother of William McKinney) that the additional material which had been outstanding from the PSNI was now timetabled to be sent to the PPS very soon. Mr Shiels said: "Upon consideration of this material, the PPS will consider whether to add this to the Committal Papers that are being currently prepared. "We have requested a timetable in relation to the prosecutions and we had previously made submissions that Soldier F should face criminal proceedings in Derry as it was in this County Court Division where the crimes we say he committed took place. "We can now confirm the that the Committal Papers for Soldier F's Preliminary Enquiry will be served on him and his lawyers in next month and further that he will be summonsed to appear in Derry District Judges Court a date to be fixed in August 2019." On March 14 this year, the PPS announced that Soldier F would face the charges having considered the prosecution of 18 former soldiers and two former members of the Official IRA for their actions in the Bogside on January 30, 1972. Relatives of those killed and wounded on Bloody Sunday expressed anger that only one soldier will face trial for the events of Bloody Sunday. Thirteen people were shot dead on the day in question 47 years ago. Soldier F gave evidence to the Saville Inquiry into Bloody Sunday in 2003 and admitted he had fired a total of 13 rounds. His claims that those killed and wounded were "gunmen and bombers" were rejected by Lord Saville in his report. The Inquiry also concluded that there was "no doubt" that Soldier F had fired at father-of-six Paddy Doherty and that he had shot Bernard McGuigan as he went to Mr Doherty's aid. Soldier F also admitted shooting 17-year-old Micheal Kelly but reiterated that he had fired only at those carrying bombs or guns. Saville concluded that Patrick Doherty, Bernard McGuigan and Micheal Kelly were all unarmed.
ADVERTISEMENT - CONTINUE READING BELOW