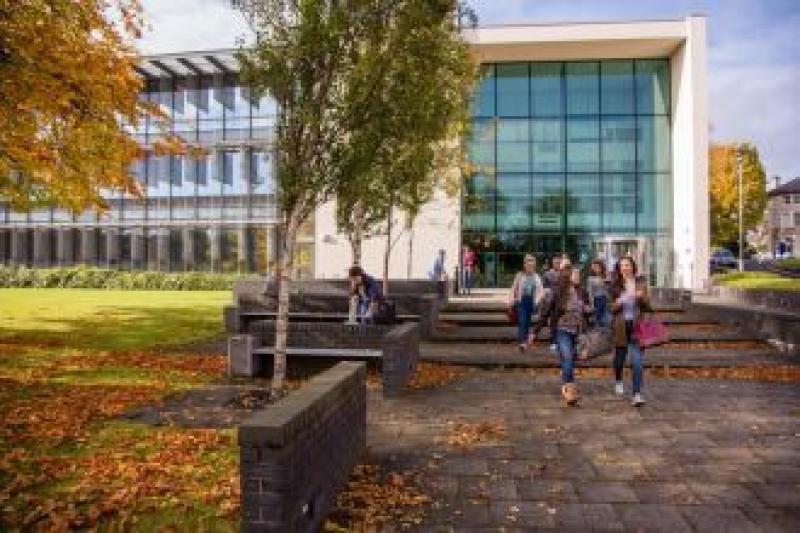 Student numbers at Ulster University’s Magee campus have declined in recent years despite university chiefs pledging to deliver 10,000 students by 2020, the Derry News can reveal today. Ulster University promised to have 10,000 full-time students at Magee by next year under the 2011 One Plan for Derry. In reality, since 2014 student numbers at the Derry campus have slumped from 4,658 in 2014/15 to 4,313 in 2018/19, according to figures gathered under the Freedom of Information (FOI) Act. In the past ten years 122 courses have been cut or transferred, however, Ulster University has stated that 110 courses have opened in that time. It did accept that it is not possible to match them course by course. Derry is an unemployment blackspot and meaningful university expansion has long been considered the simplest route to improving its economy and skills. Yet significant courses such as the undergraduate degree in Psychology, which from 2014 – 2016 attracted around 300 full-time students annually to study in Derry and about 20 part-time students, have been uprooted and moved to other campuses - in this instance Coleraine. Courses transferred to UU's Belfast campuses most recently include LLM Commercial Law, BSc Sociology Majors, and Peace and Conflict Studies - a subject area synonymous with Derry as the city where the Civil Rights movement began and recognised by international experts, policy-makers, researchers and peace activists. Meanwhile, other courses in the faculties of Irish Language, Sociology, Computer Science, Business Studies, International Politics, and Drama & English, were either transferred or closed down entirely. In a statement to the Derry News, UU has attributed a reduction in student numbers and “expansion challenges” to higher education budget cuts. It should be noted that upwards of £250m has been spent relocating Ulster University’s Jordanstown campus to York Street in Belfast, a move previously described as a “vanity project” by local politicians. More than 15,000 students and staff will be based at the campus once complete. Plans to build a post-graduate medical school at Magee have dragged on since 2003. Just last week political leaders convened a meeting at the Guildhall and with a united voice agreed that the medical school must be dealt with as a matter of urgency. Representatives from Derry are now seeking immediate discussions with party leaders and Head of the NI Civil Service, David Sterling, If delivered the medical school will cater for 300 students which, while welcome, is seen as little more than a steppingstone towards the goal of having 10,000 full-time students at the campus. ‘Equality’ Following last week’s meeting at the Guildhall, Sinn Féin MP Elisha McCallion said the city needs to this the medical school signed off, “we have waited long enough, the time is now!” SDLP leader Colum Eastwood shared a post on social media which highlighted a mass protest at Stormont in 1968 after the decision to place the new university at Coleraine instead of Derry. He commented: “How long does a city have to wait for equality? It's time to expand Magee. A Medical School would be a good start but nowhere near enough. This is a key priority for us in the negotiations.” In February of this year the Derry News revealed the most recent threat to close the Conflict Archive on the Internet (CAIN) at Magee, an invaluable research tool that has been curated there since 1997. The university did open an £11m state-of-the-art teaching block at Magee in 2018. It also received a recent philanthropic donation of £5million in data analytics research which it says “places both the Magee campus and city at the forefront of this progressive field.” In addition, it has acquired lands on the Duncreggan Road and Northland Road which paves the way for enhanced future capacity on the Magee Campus. UU response In response, an Ulster University spokesperson said UU regularly reviews and refreshes course provision across all campuses in order to deliver a vibrant and relevant student learning experience, and in response to student and industry feedback and demand. “On occasion courses may relocate and often when courses move out from a campus, others typically move in to maintain balance. Decisions to relocate teaching provision are taken in the interests of student experience and learning opportunity. “110 courses have opened on the Magee campus over the past decade, representing new or refreshed provision in a wide range of subject disciplines across arts and humanities, business, health including our award-winning School of Nursing, computing and engineering.” “Reflecting a city renowned for its cultural heritage and high-tech spirit, our Magee campus is a hub for the thriving creative and technology industries and careers of the future,” she added. The spokesperson conceded that by 2015, “successive budget cuts to higher education had reached a point where they could no longer be absorbed without reducing student numbers, and this inevitably continues to present some challenges for expansion.” “Our ambitions for Magee remain undiminished, but expansion aspirations must reflect the current funding model for higher education locally, which remains unsustainable. “Alongside our growth ambitions we are currently delivering a vibrant University experience for our current students, our staff and the community, to ensure that Magee campus plays a full part in city life both now and into the future.” She continued: "The Graduate Entry Medical School is a specific higher educational provision designed to address the challenges of a health care system at breaking point and it builds on our considerable academic leadership at Magee in medicine and healthcare. “We have clear plans to grow Magee, reflecting the expertise and commitment of our staff, the talent and energy of our students, and ensuring that the campus will realise its full potential in this vibrant university city.”
ADVERTISEMENT - CONTINUE READING BELOW