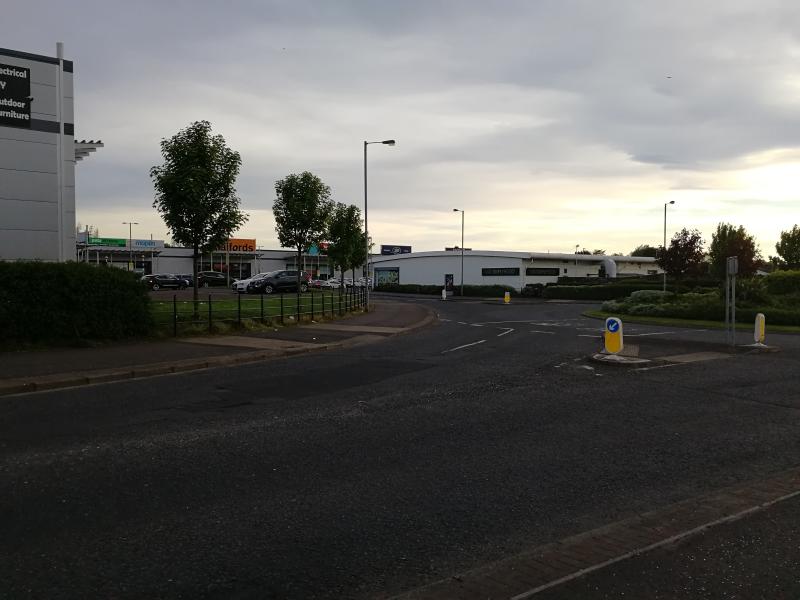 An Alliance Party Councillor has hit out at the Department for Infrastructure (DfI) for refusing to locate pedestrian crossings at one of the Waterside’s busiest junctions. Councillor Philip McKinney contacted the Derry News after he was contacted by residents of Summer Meadows and the Blackthorn area which are accessed via the entry to Crescent Link retail park who complained strongly about what they’ve described as the lack of safe pedestrian crossing points in the area. Mr McKinney said: “I feel there’s a strong case for a zebra crossing in the area to facilitate a safe place to cross for local residents. “At the minute pedestrians are relying on drivers to stop for them to cross and it is not compulsory for the vehicles to stop at the islands provided.” The Alliance Party representative conveyed the concerns to DfI but described their response as “very negative.” A letter of response from DfI stated: “The roundabout at this location currently has crossing islands located on each leg of the roundabout. Preliminary site observations indicate that there are insufficient numbers crossing on each of the approaches to justify the introduction of one or more controlled crossing points. “There are currently no plans to introduce pedestrian measures at this time. However, the Department will continue to monitor the situation in order to verify the volumes of pedestrian movements and associated desire lines.” Councillor McKinney said that he will not be dropping the issue and will continue to lobby DfI on the residents behalf.
ADVERTISEMENT - CONTINUE READING BELOW