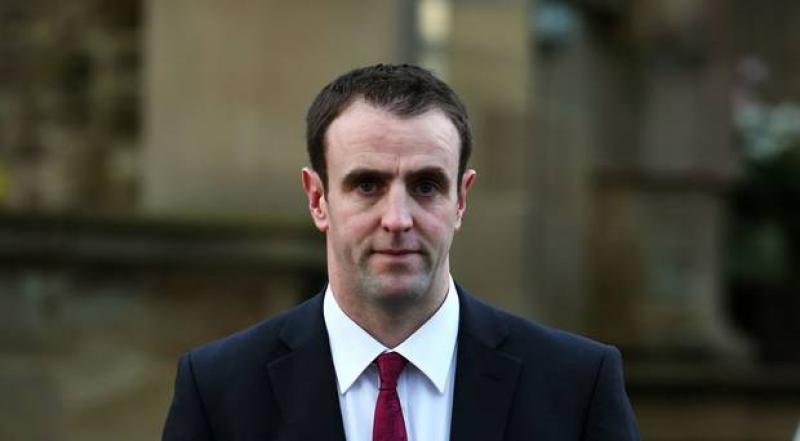 A Derry MLA yesterday branded as "ludicrous" a decision to uproot HMRC staff from Derry and move them to Belfast. SDLP MLA Mark H. Durkan said that many of the 50 staff at Foyle House, on the Duncreggan Road, will be made redundant as it will be "impossible" for them to relocate to Belfast. In 2015 HMRC announced that the Derry tax office would close in 2020/21. It came as part of a move to reconfgure its offices into thirteen regional centres serving every nation and region in the UK, with one of these centres being located in Belfast. In July 2017 HMRC declared that its Belfast Regional Centre would be based at Erskine House, Chichester Street, Belfast, and expected to open in late 2019. It is on schedule to open later this year. This week, Sir Jonathan Thompson, Chief Executive and Permanent Secretary of HMRC, sent a letter to Mark H. Durkan asserting that based on current plans Foyle House will close in September 2020, with staff moving, where possible, to the Belfast Regional Centre. There are currently around 50 staff in Foyle House and Mr Thompson accepted that the majority live outside reasonable daily travel to Belfast. Mark H Durkan had asked that consideration be given to the integration of HMRC workers in Derry into the Northern Ireland Civil Service. Speaking to the Derry News yesterday, he said: “The intention of HMRC to close their offices here in September 2020 is something I have been appealing against since it was announced in November 2015. “I had written to Head of Civil Service, David Sterling to consider the integration of Derry staff to available DAERA positions in Ballykelly. Why this obvious solution has not been given due consideration is beyond me. “And while HMRC have acknowledged a duty of care to ex-employees, the current plan to relocate 50 staff members to their Belfast offices is a highly impractical approach if not virtually impossible for those with families and caring responsibilities. For many the only option they have been left with is redundancy. “It is a ludicrous and tin-eared approach to remove employment opportunities, chronically lacking in the North West, and in effect to move more of our skilled workers to Belfast. “These experienced and highly competent staff would be an asset to any organisation. The inability to provide these people some peace of mind as well as affording them opportunities to apply their skills in similar roles closer to home, has been completely overlooked.” However, in his letter Mr Thompson said, “regrettably, there are no priority arrangements for redeployment of our staff into Northern Ireland Civil Service (NICS) departments. “The NICS is entirely separate from the Home Civil Service and, as such, HMRC staff can only apply for roles in the NICS which may be advertised externally, including those at the Department of Agriculture, Environment and Rural Affairs in nearby Ballykelly.” Mr Thompson added that it has always been made clear that HMRC wants as many people as possible to transfer to their new location and continue their careers in Belfast. “That is why we have committed to hold one-to-one meetings between staff and managers around a year in advance of any move, to discuss individual circumstances. “The meetings will establish who can and cannot move and what level of support will be needed to keep people working for HMRC. The one-to-ones for this office will commence in September 2019,” he concluded. The letter went on to say that those who decide to travel to Belfast will be given financial support in terms of travel costs and in some cases with home moves. The option of working in other government departments would also be explored.
ADVERTISEMENT - CONTINUE READING BELOW