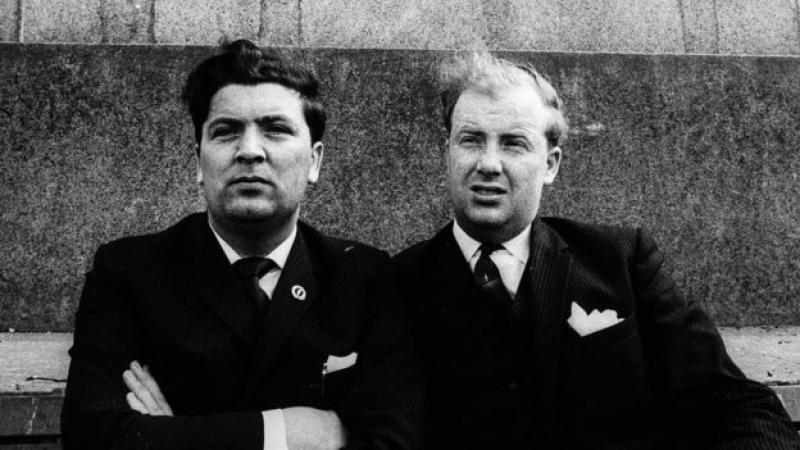 Ivan Cooper was one of the main organisers behind the civil rights anti-internment march that took place in Derry on January 30, 1972 and was to become known as Bloody Sunday. Thirteen people were shot dead on the day with a fourteenth dying later because of his injuries. Fourteen others were also wounded by members of the Parachute Regiment. Mr Cooper became inextricably linked to the events of Bloody Sunday-a day that he always maintained changed the course of history in Northern Ireland. In 2002, thirty years after the fateful day, Ivan Cooper told the BBC: “Before Bloody Sunday, I believe there were no more than 30 to 40 IRA volunteers in Derry. They had a very small base, small amounts of hardware, and most importantly, very little support. “The support was with John Hume and Ivan Cooper. We were still reasonably integrated in the city. “The IRA’s campaign of violence that followed in the wake of Bloody Sunday, and internment, changed that.” Later on, Mr Cooper himself became a target for violence. Shortly after Bloody Sunday, in March 1972 he received a phone call to his home which he later believed was an attempt to lure him to his car. However, he became suspicious and as he checked out the origins of the telephone call a bomb exploded, but no one was hurt. Again in 2002, Ivan Cooper was portrayed in the film ‘Bloody Sunday’ by Coleraine born actor James Nesbitt and concluded that on examining the era, it was his belief that it was the issue of internment without trial that was the catalyst which “would ultimately do more harm than good.” In 2010, the former politician was amongst the throngs of people at Guildhall Square awaiting the outcome of the Saville Report into Bloody Sunday. Speaking before the conclusions were made known, Ivan Cooper said he had been “apprehensive about this day.” “The people have waited and prayed for this day for 38 years. I hope they are all declared innocent, which is exactly what they were. “I saw with my own eyes on that day, innocent people being shot dead and those who were in command of the soldiers who fired those shots should be accountable.” Kate Nash, whose brother William was shot dead on Bloody Sunday and whose father Alex was wounded attempting to rescue him told the Derry News: “I will remember Ivan Cooper as a very level-headed and measured man and simply as someone who believed in equality for all. “To me, he was just like John Hume-when you thought of one, you thought of the other. “He was a great community man. People often went to him with their problems and he did a lot of work very quietly, a lot more than people realised, especially with regard to housing. “He was always a supporter of us carrying on with the Bloody Sunday march and he was always there, even when he was very frail. “Ivan’s family ought to be very proud of him and obviously I extend my deepest sympathies to them.” CAPTION: John Hume and Ivan Cooper.
ADVERTISEMENT - CONTINUE READING BELOW