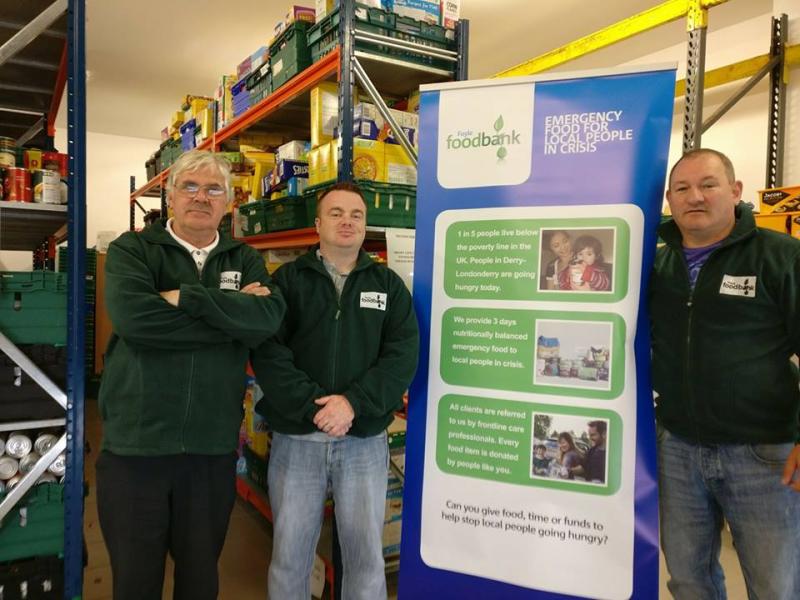 Record levels of emergency food supplies are being handed out to Derry families this year as welfare reform, zero-hour contracts and low-income jobs force people into poverty. Local agencies assist families and if they are deemed to be struggling to put food on the table, they are issued with a foodbank voucher. In the first half of 2019 Foyle Foodbank has received a staggering 502 vouchers from families comprised of 816 adults and 579 children. It is an additional 100 families in need of emergency food since last year and a total of 1,395 people experiencing food poverty in Derry at present. And Foyle Foodbank Manager James McMenamin said there are more vouchers to be processed. Yesterday, he told the Derry News that the first half of 2019 has been the busiest time for the Trussell Trust supported charity whose mission it is to ensure that no one goes hungry and to end food poverty. “The first half of 2019 has been busier than ever before, we’re up 100 families already. Families can range from one person right up to four or five,” he said. “It’s not just people who are on benefits out there, it’s people who are on zero-hour contracts who are struggling to make ends meet. “Benefits changes are impacting on people, low-income, delayed wages and domestic violence. There are a lot of issues. “There’s a misconception there that it’s just people without jobs in need of foodbanks.” The charity says debt is an increasing cause of demand for food banks, with households struggling to keep up with the cost of housing bills and childcare. “If someone is paying full rent and for child minders then that can take up most if not all of their monthly wage.” Mr McMenamin said they are grateful that Apex allows them to use one of its buildings in Springtown Industrial Estate free of charge. He also thanked the Derry public for their “phenomenal support”. “We couldn’t do this without them and groups like the Northwest Islamic Association and others,” Mr McMenamin added. Photo: Foyle Foodbank volunteers including James (centre).
ADVERTISEMENT - CONTINUE READING BELOW