Sammy Devenny: The family’s injuries were many and varied 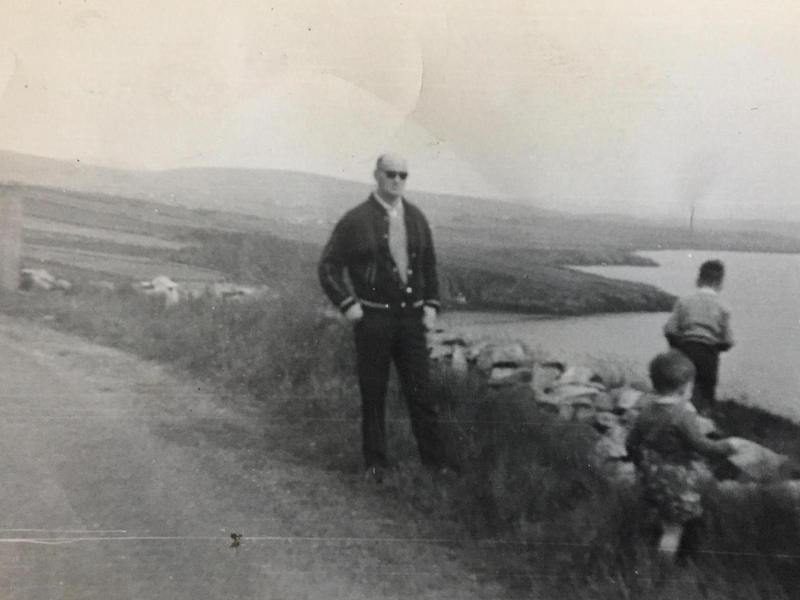 The injuries sustained by members of the Devenny family during the RUC attack were extensive and wide ranging. Sammy Devenny was bleeding profusely from a number of head wounds and his dentures and spectacles had been smashed. It was his wife Phyllis who in the aftermath of the attack who had come downstairs asked a neighbour, Mrs Doherty to call an ambulance. In hospital, Sammy Devenny was examined by Dr Ian Gordon who recorded five lacerations and contusions to his head, the nose and the backs of both hands. No brain damage was evident and no bones had been broken but the victim was dazed and bleeding and despite being in shock he was coherent. There was however considerable blood loss and was kept at Altnagelvin for observation and was fully alert the next day. Harry and Anne Devenny, Hugh McDaid and the younger members of the Devenny family stayed at the William Street home whilst Mrs Devenny, Catherine Devenny and Frederuck Budd went to hospital. Catherine Devenny was found to have a 9 inch by 3 inch contusion on her back whilst Frederick Budd had two lacerations to his scalp and a bruise on his left forearm. Dr Raymond McClean and Ivan Cooper arrived at the house at around 10pm after hearing of the incident. Dr McClean was then asked to take a look at Jim Devenny (7) who had blood on him but it was found that the blood was Mr Budd’s and the young boy was uninjured. It was also found that Anne Devenny was overwhelmed by the incident and when examined by the family medic, Dr Kinsella on April 20 he noted that “the mental aspect of the injuries will remain with her, probably for the rest of her life.” However, Dr Kinsella also made a record of Anne’s physical injuries which were: A 3 inch bruise on the shoulder, two 4 inch bruises to the seventh rib, two 4 inch bruises separated by one inch to the right gluteal region, a 3 inch bruise on the right thigh and three small oval bruises on the right leg. The doctor also recorded a small oval bruise on Ann’s left heel which caused a high degree of pain, that overall, she was in extreme pain, was very emotionally upset and she was very stiff. Dr Kinsella also noted that Harry Devenny had a painful bruising on his stomach and some bruising in his left groin. Sammy Devenny was discharged from Altnagelvin Hospital on April 22 and the next day another medic from the family’s practice was called to examine him. Dr Clarke arrived at William Street at 10.30am and recorded that Mr Devenny had three sutured wounds on his head, bruising to both forearms and his right wrist, that he had pain in the affected wrist, his complexion was both sallow and toxic and he had pains in his chest. The diagnosis was Coronary Thrombosis. Mr Devenny was transferred to the Royal Victoria Hospital, Belfast on April 24, 1969 where he was seen by Dr Pantridge. Two days later, on April 26 he developed a blockage in the heart and was taken to the Intensive Care Unit. Having recovered from that episode, Sammy Devenny was returned to Altnagelvin Hospital on May 9, 1969 and was discharged with instructions to take life easy. He was subsequently seen by Dr Clarke on two other occasions who thought he had only a few months to live. CAPTION: Sammy Devenney pictured on holiday with two of his children.
ADVERTISEMENT - CONTINUE READING BELOW