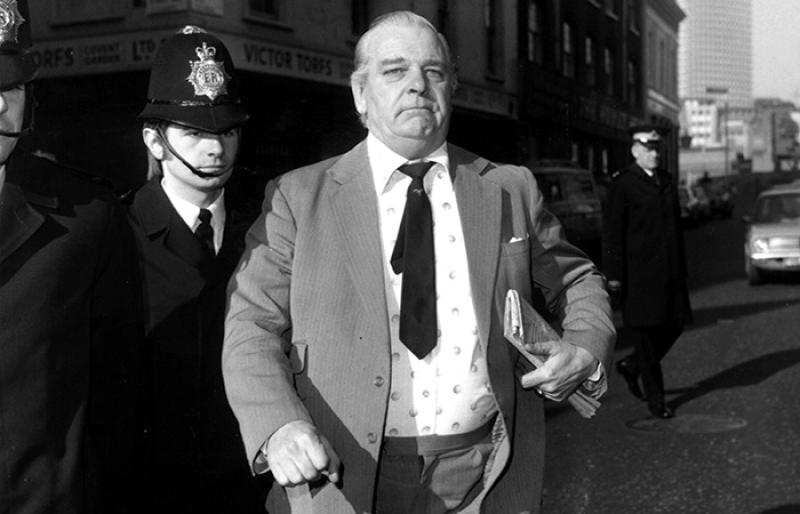 On the face it, Chief Superintendent Kenneth Drury appeared to conduct a thorough investigation into the circumstances surrounding the RUC assault on Sammy Devenney, his family and the others in the William Street home on the night in question. After he conducted his investigation into the Devenny case in 1970, Drury returned to London and was appointed to the rank of Commander. He was now head of the Central Robbery Squad, better known as the ‘Flying Squad’ or ‘The Sweeney’. In the mid 1970s ‘The Sweeney’ was immortalised in a TV show of the same name. The flamboyancy of this largely unregulated and unaccountable squad was not the only thing shown in the series because it also revealed that an awful lot of police officers appeared to be corrupt or in their terminology ‘bent.’ In 1972, Commander Kenneth Drury was caught on holiday in Cyprus as a guest of one of Soho’s notorious pornography barons, James Humphrey’s. As an alibi, Drury said he was on the trail of the notorious Great Train Robber, Ronnie Biggs. It was an excuse that held little credence with police authorities in England. This exposed the ‘Flying Squad’s’ previously necessary tactic of establishing close links to the criminal underworld as a method gathering information to public scrutiny and anger. And, so began Drury’s fall from grace as a high-ranking officer in the Metropolitan Police. His demise was complete when police officers conducted a dawn raid on his home and he was subjected to the ignominy of being taken away by them with a blanket over his head. A number of bribery and corruption scandals were unmasked and at the conclusion of his trail on July 7, 1977 Drury was convicted of five counts of corruption and sentenced to eight years in prison. Twelve other officers were also convicted and many more resigned. Sir Robert Mark, the Metropolitan Police Commissioner tasked with the job of ‘cleaning up’ Scotland Yard later described CID, which housed the ‘Flying Squad’ and other detective branches under its roof as ‘the most routinely corrupt organisation in London.’ CAPTION: Kenneth Dury, the former head of the Metroplitan Police's 'Flying Squad' who was jailed for bribery and corruption in 1977.
ADVERTISEMENT - CONTINUE READING BELOW