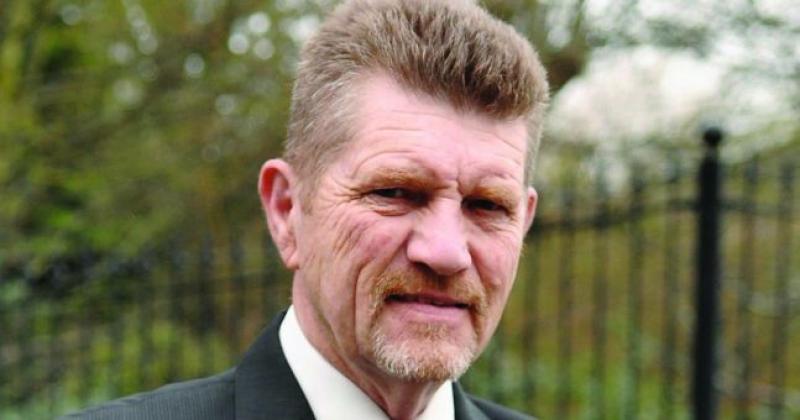 The disqualification of Ulster Unionist Party (UUP) representative from Derry City and Strabane District Council (DCSDC) was the ‘right one’ according to Sinn Group Leader on the local authority Sandra Duffy. Mrs Duffy’s comments came yesterday after news emerged that UUP Alderman Derek Hussey would be barred from his position as a public representative for a period of 15 months. On Tuesday, the Local Government Commissioner for Standards deemed that the ban would take effect on July 16 and was handed down because of his conduct which led to a third drink driving conviction for Mr Hussey in March 2016. Acting Commissioner Ian Gordon adjudicated that the UUP man had breached Paragraph 4.2 of the Local Government Code of Conduct for Councillors. That part of the code states that councillors must not bring their position as a councillor, or their council into disrepute. The investigation into Mr Hussey’s conduct was launched after the Commission received two complaints that he had breached the local authority code of conduct. Derek Hussey’s latest drink driving conviction related to an incident in 2015 when he was involved in a road traffic collision in Castlederg. The former teacher later pleaded guilty to the offences and was convicted with driving with excess alcohol, driving without due care and consideration and failing to report an accident. The hearing at the standards commissioner’s office in Belfast heard that the UUP man had other drink driving convictions from 2004 and 2011. In the most recent incident in 2015, Mr Hussey’s vehicle struck another and caused injury to the other driver. He was later arrested at his home and a breath test revealed that the alcohol level in his blood was more than twice the legal limit. When convicted in March 2016, the UUP representative was fined £800, ordered to complete 100 hours of community service and was banned from driving for five years. In June 2018 after Mr Hussey was made Deputy Mayor of Derry City and Strabane District Council and installed as Chair of the Policing Community Safety Partnership (PCSP), Sinn Fein Councillor Sandra Duffy proposed a motion of no confidence in him and called on him to step aside from the positions because of his drink driving offences. Mr Hussey refused to vacate the Deputy Mayoralty but a letter from UUP leader Robin Swann was sent to the local authority. The letter, read out by John Kelpie, Chief Executive of DCSDC said the UUP Alderman would be resigning as Chair of the PCSP because of an increased workload after assuming the role of Deputy Mayor. He was first elected to Strabane District Council in 1989 and served a term as its Chair in 2007. In 1996 he was elected to the Northern Ireland Peace Forum as a representative for West Tyrone. In 1998 he was elected as a MLA for the same constituency and retained the seat in 2003 but lost it at the 2007 Assembly election. Yesterday, Sinn Fein’s Sandra Duffy said: “The decision to disqualify Derek Hussey from his role as Councillor for 15 months is the right one. He has displayed an atrocious disregard for public safety through multiple charges for drink driving. “The decision is a victory for local families bereaved by drink drivers, who have campaigned for a zero-tolerance approach to drink driving.” At a preliminary hearing last month, Mr Hussey accepted the facts contained in Deputy Commissioner Paul McFadden’s investigation report that he had breached the Code of Conduct. At the full hearing on Tuesday, Acting Commissioner Ian Gordon said he had consulted the Sanctions Guidelines, relevant case law and submissions from both parties when considering what action he would take. Arguing for Mr Hussey’s disqualification, Paul McFadden pointed to the UUP man’s ‘repeat offending’ and added “the bar cannot be set so high that someone must die before drink driving is taken seriously.” Ian Gordon did however add a number of mitigating factors in Mr Hussey’s favour including previous good service and compliance with the Code, an apology and his co-operation with the investigation from an early stage. These he said, led to a reduction of time in reaching a decision and resulted in savings for the public purse. However, Mr Gordon added that these mitigating factors were substantially outweighed by a number of aggravating factors. He noted that this was Derek Hussey’s third conviction for drink driving and in the case of the 2015 incident the UUP man was aware that he was over the limit but made a deliberate decision to drive that caused physical harm to the other driver involved in the collision. The Acting Commissioner added that he was not convinced Mr Hussey had demonstrated sufficient insight into the seriousness of his actions and the potential consequences for the public and the council. Ian Gordon also said he could not be satisfied the behaviour would not be repeated. Speaking about the level of sanction to apply, the Acting Commissioner stated it was important that public confidence in local democracy and the standards was upheld. The office of the Local Government Commissioner for Standards has said that Mr Hussey has the right to appeal the period of disqualification at the High Court under the Local Government Act (Northern Ireland) 2014. Mr Hussey’s legal representative said on Tuesday that an appeal would be lodged. In the interim period, the UUP may have to co-opt a representative onto DCSDC to replace him. The disqualified representative did not issue any personal public statement but on Tuesday night wrote on his Facebook page: “GUTTED but overwhelmed by the messages of support via phone, text, message and PM (private messages) and face to face from all sections of our community. Thank you.” Meanwhile, a spokesperson for the UUP said: “We have always been of the view that drink driving is unacceptable and the decision today (Tuesday) reflects that. “We will be taking steps to ensure that the people of Derg are well represented in Alderman Hussey’s absence and will make no further comment at this time.”
ADVERTISEMENT - CONTINUE READING BELOW