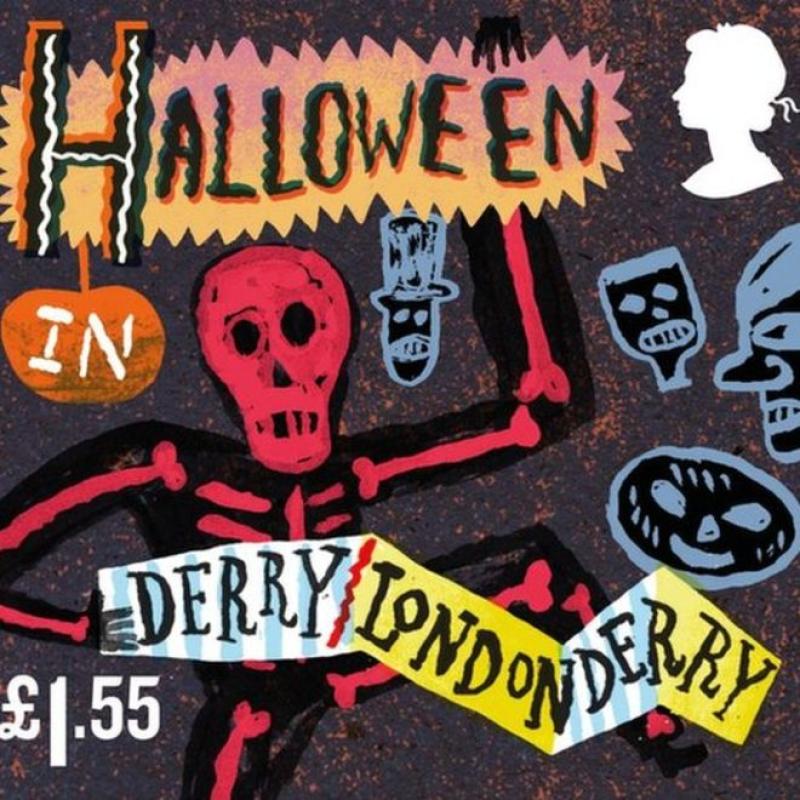 Royal Mail has given its ‘stamp of approval’ for Derry’s globally renowned Halloween Carnival by releasing a new stamp celebrating the annual event. The Derry based stamp was released last week (Tuesday, July 9) and is amongst eight highly colourful stamps released to capture the essence of well-known festivals and events across the UK. Many thousands of people take to Derry’s streets every October for the annual Halloween parade and fireworks display and to see the city’s famed walls come alive with ghouls, fire and musical performances. Last year’s festival, dubbed the Return of the Ancients, had a budget of almost £400,000. Philip Parker, from Royal Mail, said: "Communities throughout the UK have been coming together for centuries to share distinctive traditions and mark key dates of the year. "These customs continue to evolve, and our new stamps celebrate their diversity and the communities that maintain them." There are an estimated 2.5 million stamp collectors and gift givers in the UK, according to Royal Mail.
ADVERTISEMENT - CONTINUE READING BELOW