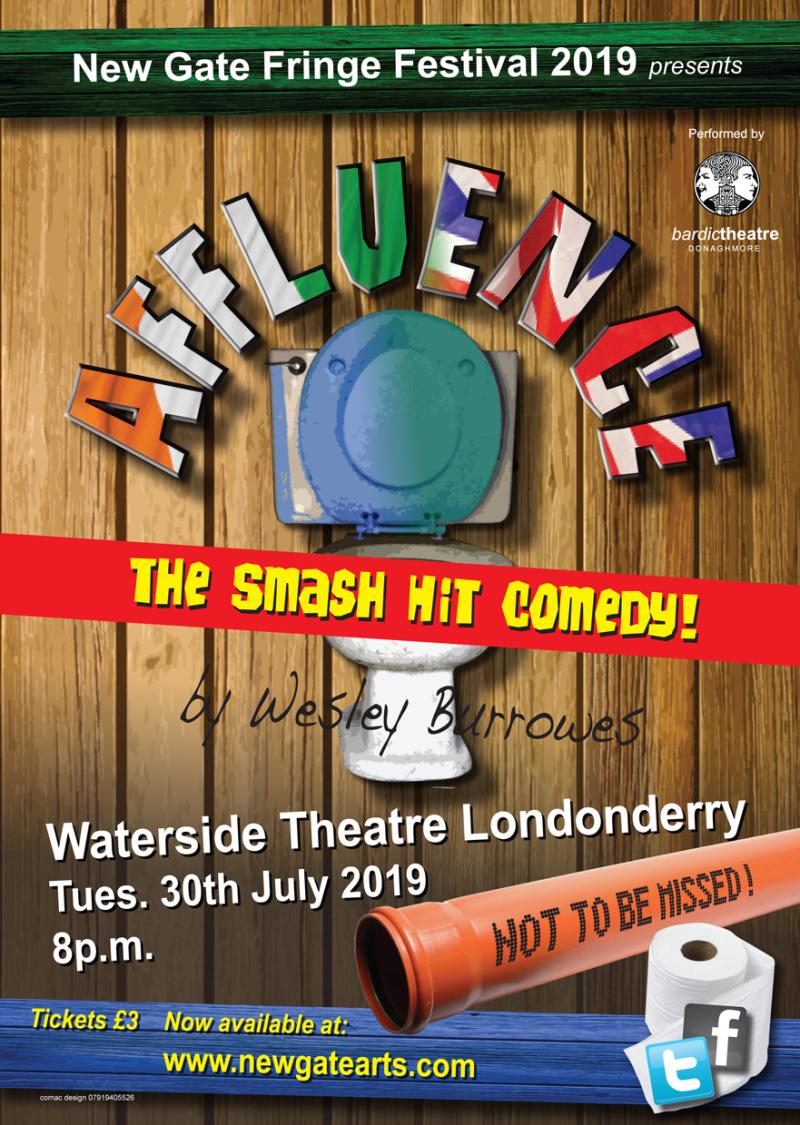 A new play taking a humorous look at inter-communal conflict in Northern Ireland will be performed at The Waterside Theatre later this month. And, the Derry News has 10 pairs of tickets to give away. ‘Affluence’ will be one of the highlights of this year’s New Gate Arts Festival which, since its inception, has been dedicated to creating new relationships between communities in the North West and opening up space for inclusive dialogue and conflict transformation. The performance by the Bardic Theatre is also being supported by the Institute of Irish Studies at the University of Liverpool. Set on Duck Island on Strangford Lough, and the writers contend that ‘Affluence’ is not so much about ‘flegs’ or power sharing but more about the allocation of shared sewerage pipes and brand new flush toilets. The comedy escalates into a full-blown conflict on the tiny island and a main from the ‘main land’ is despatched to attempt to resolve the problem. Professor Peter Shirlow, Director of the Institute of Irish Studies told the Derry News: “I have been working with the Protestant Unionist Loyalist (PUL) in Derry for the last twenty years and I’ve been very impressed by the New Gate Arts Festival. “It’s a festival that positively promotes the PUL culture but is also very much associated with others in trying to build very strong inter-communal connections and does not shy away from very public engagements with republicans and nationalists. For example, Mary Lou McDonald attended last year. “There has been a lot of research conducted and other activities to get this play delivered in Derry and its not just a matter of bringing people from across the communities together, but also just about having a bit of a laugh. When audiences watch a play them come together anyway and automatically create a better sense of community.” ‘Affluence’, written by Wesley Burrowes, will be performed at The Waterside Theatre on Tuesday, July 30 at 8.30pm. Tickets are priced just £3 and can be purchased by contacting New Gate Cultural and Arts Centre on 02871 265869 or simply by paying on the night. However, the Festival has offered the Derry News 10 pairs of free tickets for the performance. These can be claimed on a first come first served basis by emailing your name, address and mobile telephone number to eamon@derrynews.net. The winners will be notified and their names placed on a guest list for the performance.
ADVERTISEMENT - CONTINUE READING BELOW